From MicroWiki, the free micronational encyclopædia
(Redirected from Rathunas)
Jump to navigation Jump to search

Rathunis, officially the Principality of Rathunis, is a self-proclaimed principality in the southern hemisphere, currently based in the state of Queensland, in the Commonwealth of Australia. The territory of the Principality consists of the private property of the Sovereign. With the exception of Australia, by which Rathunis is landlocked, the nearest countries include Indonesia, Papua New Guinea, Vanuatu and New Zealand.

Rathunis was proclaimed as a sovereign state on 25 July 2011 by Sovereign Prince Matthew I, and claims only to be so within Australia, with no immediate plans to full secede from the Commonwealth. It is a stated aim of the Sovereign Prince for Rathunis to obtain its own suitable tract of land upon which to to develop a functioning city-state or microstate

Rathunis is still in the earliest stages of its development. The Principality has a small, stable economy, but is almost entirely reliant on the Royal House for the generation of Crown revenue. Rathunis is a member nation, and hosts the official headquarters of the Organisation for Micro-Oceanic Cooperation.[4]

The word Rathunis is an adaptation of the gaelic word rathunas, which is a direct translation of the english word prosperity. The nation was originally founded as Rathunas, but this was altered when the Constitution was enacted, to ensure a point of difference from numerous small business organisations using the word Rathunas.

Rathunis was founded by proclamation made by Matthew I, the first Sovereign Prince, on 25 July 2011. The Constitution was enacted shortly after, with retrospective effect from the day of proclamation.[6] A new version of the Constitution, removing numerous unnecessary sections, was enacted on 1 January 2012.[7]

The Principality was founded with the stated mission "to build a prosperous, peaceful and caring nation, where free enterprise and regard for one's fellow man work hand in hand".[8]

Rather than a secessionist movement, Rathunis is described as being a new-nation project. The Principality aims to obtain a suitable area of land to construct a functioning sovereign state.

The Principality is officially a Christian nation,[9] but has a constitutionally protected right to freedom of belief and expression.[10] 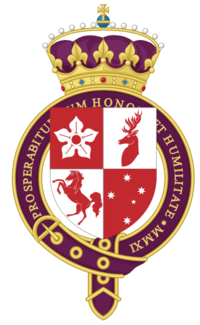 Arms of the Prince's Government

The Principality of Rathunis is a constitutional absolute monarchy, whereby the Sovereign has direct control of the governance of the Principality, but still does so in accordance with the provisions of a constitution.[11] Succession to the throne is hereditary, vested under the Constitution in the Royal House of Hunter,[12] with the first born child of the reigning Sovereign inheriting the throne, regardless of gender.[13] Prior to receiving the Oath of Allegiance upon accession to the throne, any Heir Apparent must sign a proclamation swearing to protect, and govern in accordance with, the Constitution.[14]

As an absolute monarchy, full legislative authority in Rathunis is vested in the Sovereign.[15] The Constitution does not establish a parliament, though one may be created by an Act of Royal Law. Any such parliament would be bound by the establishing Royal Law, but could also be easily suspended or abolished, having no Constitutional standing. The theories behind such a system include allowing the Sovereign to maintain control over the development of his vision, and the ability in an event similar to the United States debt ceiling crisis to override any parliament established under Royal Law, preventing partisan politics from threatening the functionality of the state.

Executive authority is also vested in the Sovereign Prince,[16] who actively fills the role of Head of Government. The official office aiding the Sovereign in the functions of governance is the Prince's Secretariat, and there are currently established five Offices of State:[17]

The Sovereign's advisory council is known as the Privy Council[18]

The Sovereign's Cabinet, known as the Cabinet Committee of the Privy Council, is composed of the secretaries of each of the Offices of State.[21]

Justice in the Principality is administered in the name of the Sovereign by the courts. The supreme court of the Principality, as established by the Constitution, is the High Court. There is one Chief Justice and however many other justices prescribed by the Sovereign. Lower courts may be established, and the number of Justices determined, by Royal Law,[22] however none other than the High Court currently exist.

Justices of the High Court are appointed by the Sovereign and are removable only by him, with procedures in place to petition him for a dismissal in certain circumstances.[23]

The courts function independently of the Government, and the establishment of special tribunals outside of the courts is forbidden by the Constitution.[24]

The Principality is based the central region of the state of Queensland, and therefore shares the region's geographic profile. It lies just north of the Tropic of Capricorn, and in close proximity to the Fitzroy River.[25]

The area of the Principality consists of the private property of the Sovereign, known as Rathunis House, which serves as its administrative centre and the physical location of the Royal Court. This area, and all lands owned by the Royal House, form the Dukedom of Fitzroy.[26]

Rathunis experiences a humid subtropical climate. It is situated on the Tropic of Capricorn and lies within the southeast trade wind belt, too far south to experience regular north west monsoonal influence, and too far north to gain much benefit from higher latitude cold fronts. Typical daytime temperature ranges are 22 to 32 °C (72 to 90 °F) in the summer /wet season and 9 to 23 °C (48 to 73 °F) in the winter/dry season.[27] 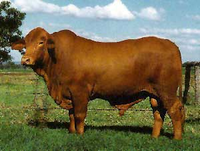 The Droughtmaster is widely found in the area around Rathunis.

Rathunis is situated within a largely rural and agricultural area, with nearby Rockhampton being known as the Beef Capital of Australia.[28] This lends itself to a large number of cattle breeds existing in the area surrounding the nation.

Rathunis has a small, stable economy, revolving around investment and gaming. It is presently funded by the Royal House and the Royal Rathunis Investment Fund. The nation carries no Sovereign Debt, but has a significant trade deficit with the Commonwealth of Australia.

The Royal Exchequer is tasked with opening revenue streams and reducing reliance on the Royal House for income under its established goals for 2012.[29]

From 1 January 2012, the Principality of Rathunis Pound is the de jure currency of Rathunis,[30] though the Australian Dollar still serves as the de facto currency in practice, due to its necessity for trade.

In line with the plans to establish a functioning state, the Principality has plans under development to ensure a functioning and stable economy. These plans are believed to revolve around the industries of tourism and financial services, in line with the economic leanings of the founding Sovereign. 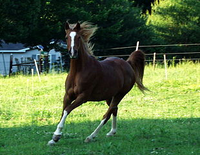 The Arabian Horse is the national animal of Rathunis

Owing to its location, Rathunis draws most of its cultural influence from Australia. Sports and enterprise are both extremely popular, with Australian beef being arguably the most popular cuisine element in the Principality.

Equestrianism is the official national sport, and the Arabian horse is the national animal, owing to it being considered "an animal of amazing athleticism, intelligence and majesty".[31]

The Rathunis Life Church is a pentecostal church, with the Sovereign Prince as its Governor. The goal of the Church is to provide a modern place of worship for all, and to promote practical application of Christian living, through stimulating services, missions, outreach and Pastoral Care.[36]

The goals of the Church include the establishment of direct pastoral outreach programs and social services, and to establish a school within the Principality.[37] 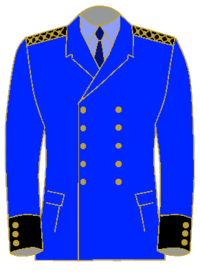 Uniform of an Officer of the Royal Guard of Rathunis

Rathunis has in place an official policy of neutrality.[38]

The Royal Guard is also responsible for border control and customs functions.

Command-in-chief of the military forces is vested in the Sovereign.[40]

Whilst Rathunis does not have a policy of compulsory National Service, all citizens up to the age of sixty, who are fit to bear arms, are liable to serve in the defence of the nation in the event of an emergency.[41]

Rathunis' foreign network is currently in its infancy. The Principality has established relationships, both formal and informal, with the following nations:

Under its Foreign Policy, Rathunis seeks foreign relations and partnerships with nations with a serious vision and a stable and functioning government.[42]

The Principality is a founding member nation of the Organisation for Micro-Oceanic Cooperation.[43] It also serves as the Organisation's official headquarters and hosts its online presence.[44]