The People's Democratic Republic of Pugguinia (or Pugguinia for short) is a micronation founded and lead by Alex Gossard. The name 'Pugguinia' comes from its native animal, the Pugguin. The nation resides in Redmond, Washington. With 182 people, Pugguinia is one of the largest micronations ever. Pugguinia has an organized social economic system, although no one ever works, or knows that they even have a job. 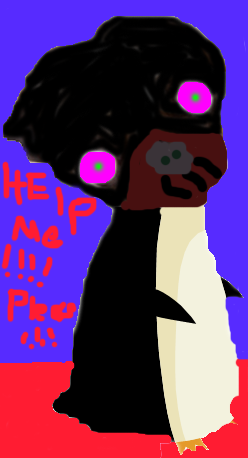 Where the country gets its name from its native animal which is half-pug, half penguin has a very special place in the citizens hearts. However, much to their dear leader's dismay, many people in Pugguinia do not know how to spell its name. A pugguin also has bright purple-pink sclera with bright green irises/pupils, which are highlights to the royalty of pugguins.

Pugguinia is a Fascinista government. It is a revised version of fascism, communism, and monarchy. Pugguinians are leftists of the United States, opposing capitalism and propaganda. Pugguinia uses torture for punishment, but never uses the death penalty. Pugguinia has one dictator, named Alex Gossard. Pugguinia has many departments underneath, all lead by a chief.

Pugguinia enforces a religion, named 'The Church of Pugguinia'. Pugguinians learn the 'correct' way of living life in Pugguinia. Alex Gossard, in the books, is a god and the creator. The Church of Pugguinia is a revised combination of The Ramayan, The Bible, The Koran, and The Torah. As Gandhi said "I am a Muslim and a Hindu and a Christan and a Jew!"
The following is from the beginning of book 1.

Pugguinia believes that if the air in vehicles do not have open access to outside, it will blow up like a 'twinkie'. The religion believes in the 'humane' rights of windows. Pugguinia stands up against anyone who 'force' windows to go up. In January 12, 2011, Pugguinia succeeded in getting the bus driver to allow opening the window, even though there was snow outside. It has been determined that the bus driver gave the 'rights' because everyone in the bus was rioting as if they were about to shit and burn.

The world is filled with propaganda. Both good and bad propaganda. Bad propaganda is stuff like Windows Vista, and 'Read My Lips: No New Taxes'. Good propaganda is the pharase "You capitalist pig!", the film 'Triumph of the Will', and the book 'Quotations of Mao Zedong'. In Pugguinia, good propaganda is named 'Propagandee' (an extra 'e' at the end). Pugguinia uses extensive propagandee, ranging from The Finger to Powerpoints to 9 hour long government sponsored films (in production).

Pugguinia has a successful population. The current count is 182. Pugguinians greet by saying "Salutations," or "Æaxxo," or "Heil," or "Heil Mein Fuhrer." Becoming a citizen is very easy. It can be requested, but is frequently forced by the Dictator. Each one becomes a citizen after reciting a short blurb, while raising their right hand, administered by the Dictator. When one does not comply to say the oath, only a hand shake is required.

I do solemnly swear,
to uphold the liberties of injustice and tyranny
for as long as I may live or until you (Alex Gossard) say I die.
So help me Pugguin.
(Congratulations, you are our nth citizen.)
*Shakes hands*

Pugguinia has a hard time assigning jobs, because of the huge (micro)population. Inspired by the National Socialist German Workers' Party, Pugguinia keeps a census listing everyone in the nation, their race, and their job.

Pugguinia has a huge show of force.

Pugguinia's national anthem is "Sexual Harassment." It has a jazz type of feel and beat.

When you feel so violated:
Sexual Harassment.
I just want to touch you.
It's nothing personal (continued...)

Pugguinia believes that sports are nourishing for the body and soul. It brings Pugguinians to the fields for rest and makes relationships with one other. Pugguinia competes internationally to shake hands and make international ties. Pugguinia currently has 2 sports: Football and Baseball. Pugguinia is thinking of starting winter games also.

In fact, Pugguinia will host the next Micronational Winter Sports. It will take place in one of Pugguinia's territories, the bathroom of a library in Redmond. The ground of the bathroom will be flooded, then frozen, creating ice for the games. It will also host marathons, where you run hundreds of times around a 0.5 meter radius circle. (32 times for 100 meter, 128 times for 400 meter, and 1019 times for 2 miles.)

Pugguinia sends criminal or rogue pugguinians to Re-education Though Labor camps. It was inspired by the Chinese way of handling shit. Not much is known about what goes on in there, because the camps are in classified sites named black sites, but it is certain that some so-called human rights are being taken. However, it effectively and timely restores Pugguinians to normal, and creates useful resources for the People.
Pugguinia has made radical advances in the field of execution hardware, such as the Wheel. The condemned are staked onto a wagon wheel, then put on a pole. They are spun rapidly. People with hammers strike the spinning Pugguinian, breaking his limbs. Eventually, he dies. The gas chamber is also used. The condemned are put into a desk full of hand sanitizer, effectively (though not quietly) doing its job. Pugguinia fortunately never used the death penalty.

Pugguinia has engaged itself in many wars including its war with Canada and Israel, but both these wars ended with peaceful draws. But more recently Pugguinia has waged war against any country that supports have two microwikis. Pugguinia also participated in the Atlantis Civil War. Pugguinia has never technically lost a war.

Below is a list of countries that Pugguinia is currently at war with:

Pugguinia has had many controversies many of which began before it was founded. As a result, Pugguinia has been condemned by some.