The Order of Valacirca was founded in 1990 by the 17th Duke of Ozenne, Later HIM Emperor Ivan VII Aleksandrovytch of the Empire of Pavlov, as an award for his close personal friends who had distinguished themselves in some significant manner. The Order is limited to seventeen members seven of whom constitute the membership of the Order of Menelvagor. The Order comes in one class. The insignia of the order consists of a silver Tudor rose with black enamel petals in the center is a medallion representing the constellation Ursa Major and is worn suspended from a red neck ribbon. The Order of Valacirca is a dynastic order of the House of de Whyte 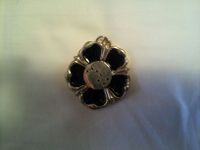 The Order comes in one class, Knight.