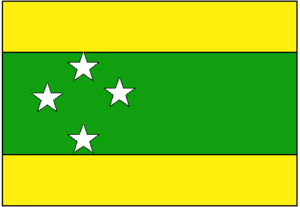 The National Republic of Butaiha is a micronation located on the territory of the Russian Federation, from 2021 the form of government is presidential, until absolute monarchy, the date of foundation is 2020

The president since 2021 is Timofey Mitryukov, the state has an area of 216 square meters

The state has no economy, all the enterprises that existed in the USSR are closed or destroyed, in the future the president promised to restore working areas, but there are Sawmills, agriculture, a store, and post offices in the country

The budget of the National Republic of Butaiha is less than $ 100 per month, which makes it the poorest republic

Since June 24, 2021, small business has been introduced in the republic, which means that now after obtaining a license, which is requested from the authorities of the NRB, residents can sell their goods, which will significantly boost the country's economy

The area of the NRB is 216 sq. m., more than 94 percent of the state's territory, it is a forest area with a small number of fields, there are 3 cities, one of which is the capital city of Butaiha, and the rest of the cities such as Kyrpichnoe, Stekolni

The rest of the territory is covered with forests,On the territory of the NRB there are power plants, shops, factories (one of them works, but belongs to the Russian Federation, in the city of Kyrpichnoe), and post offices of " Russian Post"

NRB is a republic with a presidential form of government, the country has a parliament of 4 ministers (positions are vacant) but more than half of the duties are assigned to the president, there are also positions of advisers (also vacant) who control the rest of the cities in addition to the capital, also on the territory of the National, in other versions of the People's Republic of Butaiha, the police security service is vacant!There are 4 NRB Regions, each named after a part of the world, northern territory, western, southern,eastern

One of the main laws:

the introduction of small business, a ban on corruption, full transparency of all purchases and sales, a ban on denying the independence of the NRB, a ban on swimming in the Birlya River-pollution of it and the spread of a dangerous disease 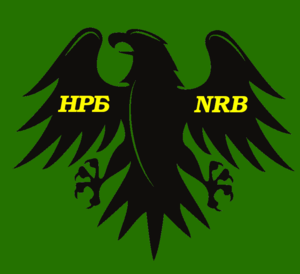 Coat of Arms of NRB

a ban on hunting wild animals, a ban on Nazi symbols, the introduction of a judicial system, a ban on the distribution of covid-dissident slogans

Mass media and the Internet

There are no printed newspapers and news programs on TV in the NRB, there is television itself, but it broadcasts only Russian programs, there are newspapers from Russia

Change of the political system

On June 25, 2021, the NRB was liquidated by President Timofey Mitryukov himself, after that Butaiha became a kingdom, the Kingdom of Butaiha, but it did not last even one hour, after that the Provisional Republic of Butaiha was created, headed by the CGP(Central governing party), headed by President Mitryukov, but this state existed for less than 24 hours, the Democratic Republic of Butaiha was soon created! The NRB does not exist now