From MicroWiki, the free micronational encyclopædia
(Redirected from Kolkatism)
Jump to navigation Jump to search

Adonian Guided Socialism is the national ideology of the Federation of Adonia. Adonian Guided Socialism holds beliefs that are similar to Centre-Left to Left-Wing Ideologies mainly devolving from Democratic Socialism, Libertarian Socialism, and some ideas from The Juche Idea and Mao Zedong Thought. It holds the idea that the People themselves are the Revolutionary Vanguard and they must fight to realize their own destiny by establishing a society completely led and followed by the People. Through establishing complete People's Management of society, the government, and the economy. The established end goal of Adonian Guided Socialism isn't communism, but instead a self-sustained Market Socialist Economy inspired by Libertarian Socialist ideology. 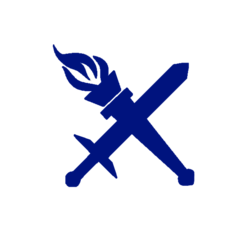 In Adonian Guided Socialist theory, man is defined as a self-determining and self-reliant species that works for itself and its own freedom and protections. Mankind is, therefore, too focused on the dangers that other societies provide, such as crime, imperialism of a foreign power, inability to care for itself, and inability to stand against oppressive forces. In Adonian Guided Socialist society, it is emphasized that mankind become self-determining and self-reliant in order to not become dependent on society, nor become dependent on other societies. It is also vitally emphasized that the People are the Revolutionary Vanguard and that they themselves must arise to fight the damages other societies may provide.

In order to solve the aforementioned problems, a people’s dictatorship, or a dictatorship of the masses, is to be implemented on the basis that mankind should and needs to lead itself. One man is chosen for this position, however, most decisions in society are made on what the people want, rather than anything else. Ensuring this through a set of rules and regulations for the executive position. The people’s dictatorship also allows for the people of a society to remove any official in that society if the people feel they are not represented adequately or if the individual is abusing their power or their rights for their own gain. Basic human rights, such as freedom of speech, press, petition, religion, and more would then be guaranteed in Society as the masses lead themselves. Religion does not, and will never have power in this kind of society, due to the fact that the people would then be relying on a deity, rather than themselves, which would cause society many issues in its development.

To maintain the 'people’s dictatorship, a policy of Party Line is implemented and enforced. This policy makes the people of the nation, and the party, united and the same. This policy enforces a Benevolent One-Party System based on popular-sovereignty, and what the masses truly want. The Party's sole existence is to lead the nation, ensure the Dictatorship of the Masses is maintained and enforced, and ensure that mankind can follow its destiny uninterrupted. This policy is similar to the Maoist Mass-Line Theory.

Unity and Strength would be one of the top focuses of Adonian Guided Socialist Society, as in order to maintain the balance of societal function, society must be united to stand together, and it must be strong against all the odds. This policy is one of the main focuses endorsed by the head party, and the Party Line Policy.

In Adonian Guided Socialism, human rights - such as education, freedom of speech, religion and petition, and others - would be protected and guaranteed for the people of the society. Recognizing the importance of the protection and the rights of the people, Adonian-Republicanism emphasizes that each man in a society is to be completely free to his own life and path with his country.

Adonian Guided Socialism emphasizes the Left Libertarian styled economics, taking examples off of the Market Socialist Economy style from the People's Republic of China. the theory emphasizes Worker Control of the Market through People's Management of the Economy, styled off of a market system.