From MicroWiki, the free micronational encyclopædia
(Redirected from King Christopher I)
Jump to navigation Jump to search 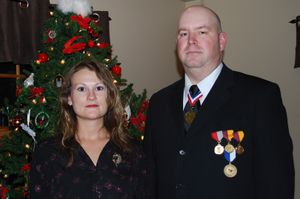 HRM King Christopher I was the ruler of Vikesland from it's founding to it's dissolution. He is descended from the Noble houses of France in the fourteenth and fifteenth centuries, notably Guillaume, Seigneur de la Paumeliere and Guillaume II, Seigneur de Nevi. His ancestors were French Lords before they were deposed during the Massacre of Huguenots in 1572 and fled to Holland. He is currently seeking reinstatement of the Noble title of his ancestors. He is also a blood relative of Louis Riel, great leader of the Metis nation and founding father of Manitoba. Louis Riel was wrongfully hanged for treason when he lead the Metis people to form a new government as the Canadian government was tyrannical in its dealings with the Metis people. He lead the rebellion of 1885 at the battle of Batoche and lost. The wrongful hanging of Riel has implications even today, and there is a possibility the Canadian government of today may overturn the charges of treason and clear his name.

King Christopher was born in Canada and currently resides there still. He was employed as a news videographer and editor for CKX TV in Brandon, owned by CTV Globe media and has since retired that career. He is now a fulltime filmmaker and has made several short films and one feature film. Currently, he is working on a several film projects. 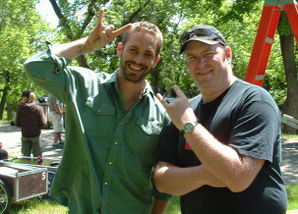 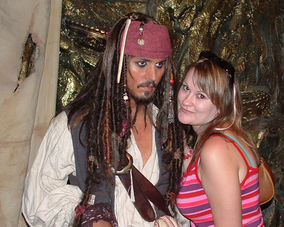 Queen Erin and a less than lively Johnny Depp.

(In addition to King Christopher I, one of the princes honorary nobles descend from royalty and nobility.)

More information on this is found in the Carrillo Family article.