The Empire of Eania,[2] commonly known simply as Eania (/iˈæniə/ ee-an-ee-ə), is a fifth world territorial micronation located in the Appalachian Mountains of the eastern United States. Covering 2.59 km² (about 1 sq mi) and with a population of thirty-two, the country, officially established in 2005 as the People's Republic of Eania, is a constitutional monarchy headed by Empress Esther I.

Before Esther came to power in late 2010 Eania was a highly unstable democracy, controlled by an ever-changing series of regents, prime ministers, representatives, and rival factions, all under the control of the corrupt and decadent King Ethan. Ethan's moral depravity and traitorous ways were exposed to the public five years into his reign, and he was voted out of office by the newly-formed Eanian High Council. Ethan's exile and his subsequent replacement by the Empress, then a modest Supreme Justice, were the last acts of the Council before its dissolution.

In the early months of the Empress's reign she entirely reformed Eania, doing away with its feudal barbarism and beginning a process of Imperialization. Her court was purged of its more self-indulgent members, and the country's citizens were expected to conform to high moral standards, in order to avoid the debauchery that characterized the later People's Republic era. By so doing, she brought stability and order to the nation, paving its way for future glory.

Prehistory, the Revolution and its aftermath

Man is more wont to love a single fellow man than a committee of them; he will more quickly lay down his life for his friend than for his parliament. We thus find that, paradoxically, the individual is more lasting than the collective, the few than the many. A realm built out of feuding quorums and councils will not last .... Power must be invested in a single individual, or at least the likeness of one .... The only way to attain equality is through the active pursuit of inequality.

The early history of Eania is closely intertwined with the history of micronational and secessionist organizations active in the earliest days of the twenty-first century, especially the Summit (the so-called Separatist Union of Moral Militant Intelligentsia and Tutelage). The Summit, founded in 2001 on ideals of communal egalitarianism, counted most of Eania's founding fathers among its members — especially Comrade Worthington, the driving force behind the state's formation. A philosopher, author, and sociologist, Worthington theorized that the natural human tendency was to rally around a single supreme leader, and observed that citizens were more easily devoted to an individual than an organization. For this reason he appointed a number of ceremonial monarchs to "rule" the Summit before its collapse in 2005.

In June of that same year, Worthington decided to try his hand at micronationalism, penning his Institutes of the Utopian Society, in which he outlined his criticisms of civilization at large and offered recommendations on how to repair the social order. Worthington's close colleague, Ethan Anderson, became his greatest supporter at this time, and in an event now venerated as "the Revolution," the pair declared their right to self-governance and their establishment of a sovereign union. The People's Republic of Eania was thus born.

Although Anderson desired that Worthington be made Head of State, Worthington eschewed the throne, declaring himself a mere servant of the people and crowning Anderson as King Ethan I. Worthington himself operated as the country's Prime Minister instead, attending social functions and delivering rousing speeches to inspire the populace.

The fledgling kingdom grew for nearly two years, amassing both land and citizens, before Ethan became disenfranchised with Worthington's politics, while Worthington himself grew in power as regent, attracting claims of corruption. Slowly but surely, Eania entered a period of decline.

The Civil War and the Great Upheaval 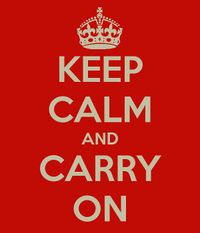 Eanian propaganda (borrowed from a 1939 British poster) issued during the Civil War.

The Decline peaked in 2010, when, on 18 April, the nation split between those who supported Worthington and his regency and those who viewed him as a dictator who had betrayed the principles of his own Revolution. That same evening, Worthington declared that Eania had officially entered a state of civil conflict.

It quickly became apparent that Worthington's detractors outnumbered his advocates. After less than two weeks of open fighting, Worthington confessed the error of his ways and surrendered his claim to the throne. His last act as proxy was to create an Eanian High Council, in the hopes that it and King Ethan could lead the nation into a new era of peace and prosperity. Satisfied, the public (with the formal backing of the Council) agreed to allow Worthington to remain in the limited capacity of Prime Minister. Worthington was pleased by this turn of events, which prompted him to announce on 30 April the end of Eania's Decline and the beginning of its "Golden Age."

Mysteriously, however, Worthington resigned from office three months later, on 22 July, leaving a bemused High Council to hurriedly elect as his successor one of their own: a young female Supreme Justice, the only of her gender to serve in that role.

More intrigue was to follow. On 7 September, the Madam Prime Minister accused King Ethan of high treason, bringing forth evidence that it had been he who planted the seeds of dissent which had brought about the violence of the Civil War. After a month-long investigation, the Council deemed Ethan guilty on 28 October, sending him into exile. The Prime Minister was appointed to succeed him as Esther I, Empress of Eania. The series of reforms which followed her appointment, including the dissolution of the Council itself, are today known as the Great Upheaval.[4]

Under the leadership of Empress Esther, Eania became something of an isolationist nation, avoiding the greater micronational community except for some official business and generally taking a non-interventionist stance.

On 28 October 2011, the Empress celebrated the first anniversary of her ascent to the throne.

The Empire is split into three disconnected provinces, called Sectors, scattered throughout eastern Appalachia. Each of these Sectors is controlled by a Regional Governor, appointed by and answering directly to the Empress. They are:

A number of public holidays are observed in Eania, many of which are unique to the country. Most businesses and non-essential services are closed during these celebrations.