Edward III, Emperor of Greater Empire of Antarctica and Oceania

From MicroWiki, the free micronational encyclopædia
(Redirected from Edward III of Greater Empire of Antarctica and Oceania)
Jump to navigation Jump to search

"Our Great Empire was a prosperous Great Empire from the past.  Until now and in the near future, our vast empire will only grow even more and more."—H.I.M. Edward III to his Government, 15 July 2019 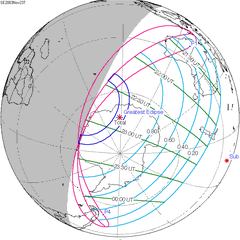 His Imperial Majesty Edward III or Prince Edward Christ Antarcticrex at that time, was born in the infirmary chamber at Cape of Saint Jesus Palace, Central Antarctica on same occasion of Total Solar eclipse held in Antarcticaat 22:50:22 UTC, as the first son in Prince Richard William Antarcticrex, duke of Atlantis, and Princess Mary Elysium of Oceania. His birth ceremony and Solemn Pontifical Mass of his baptism was held at royal Chapel of Saint Jesus by Archbishop Albert Peter of Common Antarctic Church.

The birth ceremony of Prince Edward Christ Antarcticrex was held from 24th to 30th of November in that year, as he was first in the line of succession even he did not born as child of the Emperor, according to Act of inheritance and reign. The ceremony also held in Oceania as Princess Mary Elysium of Oceania is first daughter of Constantine Aeacus, King of Oceania. Furthermore, among Antarctician and Antarctica Citizen since he was born the same day of total Solar eclipse held in Antarctica, they believe that he is the reincarnate of god that will bring the glorious and propitious era or the New Golden era to the Antarctica.

As H.I.M. John V, Emperor of Antarctica, did not have any child. And, his father Richard William Antarcticrex, duke of Atlantis, cannot take the Antarctic throne due to article No.13th of Act of inheritance and reign, stated that the one who will reign the Antarctic empire shall not marriage with princess of other country before the day of Accession. So, he became first in the line of succession and only legitimate person who able to inherit the Imperial throne of Antarctica.

H.I.M. Edward III was studied at the Antarctic Imperial school. 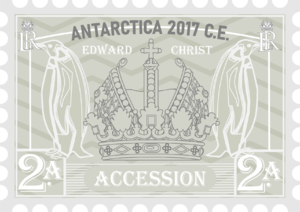 Accession to the throne of Holy Oceania Kingdom

In late 2021, a month after 18th birthday of His Imperial Majesty, the abdication of His Majesty Constantine Aeacus was announced and plan to held on 31 December 2021 midnight due to the health problem of His Majesty, at age of 85. In this occasion, the right to the throne of Holy Oceania kingdom is inherit by Princess Mary Elysium, the first daughter. However, instead of claiming the right to the throne and reigning as H.M. the Queen of Oceania, she decided to waiver the right and transfer it to her successor, H.I.M. Edward III. Inconsequence, the Accession of H.I.M. Edward III to the throne of Holy Oceania Kingdom was held on the dawn of 2022 New year day. This, therefore, H.I.M. Edward III is the Emperor and King of Antarctic empire and Holy Oceania Kingdom or the Greater Empire of Antarctica and Oceania.

The Auspicious Vision of His Reign

On 20 January 2022, the rebellion lead by the Great Ba Bang-Barbie, barbarous priest from Sarakarn state, was force H.I.M. Government to promulgate the Martial law toward all area of the Empire. The rebellion started in Central Antarctica before it insurge widely. The PEN, Antarctic National Intelligent Agency, helped by the Committe for State Security of the USSR reported the suspicious act in the Ukrainian SSR.  A day later, the Antarctic Government caught the group of rebellion led by the Great Ba Bang-Barbie and cancelled Martial law declared for peace and order. 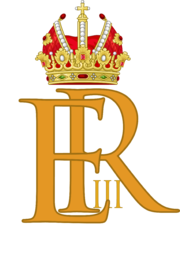 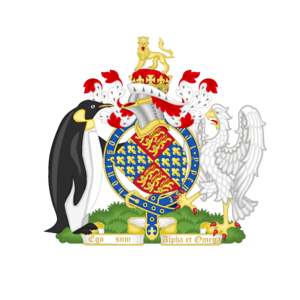