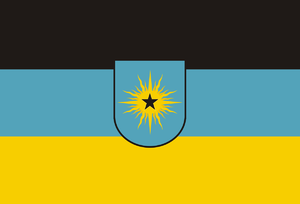 The official flag of Bardo

BARDO was born as an intentional micronation with the precise objective of uniting artists, free thinkers, holistic healers, people intimately distant from the by worn and uprooted model of nineteenth-century nation-states.

The creative freedom of thought and action is the passport to join BARDO.

Together with respect for nature and for the planet that hosts us, the only true Kingdom to which we refer.

The coat of arms of the micronation is deliberately a call to noble heraldry in fact, but this does not mean that the duchy is monarchic: the citizens of BARDO are libertarians and the titles acquired are exquisitely Dadaists. 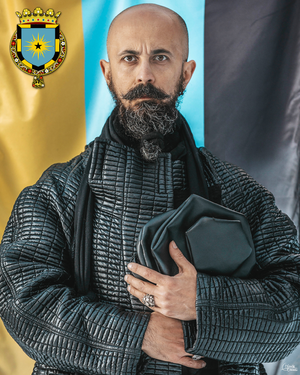 Piercarlo von Bòrmida is the founder and the first head of state of BARDO micronation. He holds the title of Duke of BARDO but he never uses his titles outside the micronational community.

Interdisciplinary artist he is well knowed as musician pioneer in italian eletronic scene since 1984.

Born into an ancient family with several historical figures, he chose to live in close contact with nature and its true inhabitants, becoming a convinced defender of the individual freedom of the beings of the planet and the potential of art as response to the degradation of the modern world.

The Regent is the official representative of the micronation and he has several constitutional powers like the appointment of ministers or ambassadors, signing treaties, attend official meetings and receptions.

He always works in agreement with citizens.

The Regent holds the title of Duke of BARDO but, as already stated in the presentation, he holds the noble rank in place of only one recognized kingdom: mother Nature. The term Duchy derives from the ancient Germanic meaning of tribe, a concept to which we are very attached for our love for independent communities.

Ministers and Ambassadors are in office for one year, at the end of which a new appointment is made. If they have worked for the welfare of BARDO and their citizens, it is possible that they will be re-elected with full confidence.

Ministry of Extra-Terrestrial Affairs and Interplanetary Cooperation: Paolo Cristiani  (IT)

Ministry of Relations between Animals (human and not): Estelo Anghilante (OC)

Ministry of Well Being: Matteo Calautti (IT)

Ministry of Innovation: Giovanni Marchetti (IT)

Ambassador of Elsewhere: O. Vanini (IT)

Ambassador to all Spain from Caledonia to Asturias: A. R. Solares (SP)

Ambassador to Veneto: R. Brughera (IT)

Ambassador to Tuscany: A. M. Pollastrini (IT)

There are not many honorary citizens, usually they are people who have distinguished themselves for particular choices or personal goals: one of the most famous is Johnson Righeira of the well-known musical duo, proud to be in Bardo micronation. 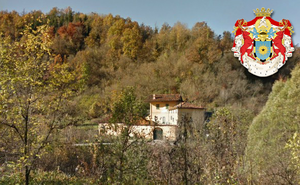 Where possible, to repair damage and reverse trends.

All citizens of BARDO are committed with a daily life conduct that has the least impact on the environment and are committed to the defense and protection of domestic and wild animals. Bardo has a little Sanctuary for them. 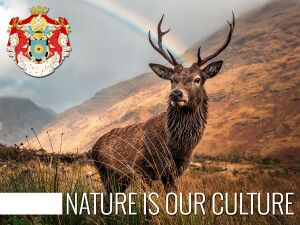 National Flag Day - 20 May - Celebration of the establishment of the national symbol of BARDO.

English is the official language of BARDO. In everyday use, Italian is used by the majority of the subjects in BARDO.

Since the founding of the BARDO micronation, religious freedom is guaranteed by law to all citizens. The Genius Loci of the BARDO is Kernunnos, the ancient God of forest.

Bardo and its recognised association works to promote the worldview that distinguishes it, an ecosophical and libertarian worldview rated for a marked holistic attitude.

In the 2013 we purchased an independent property of 20,000 sq m of land comprising a forest crossed by a river coming from the mountains.

Over time, the idea of a community where the habitat is as much as possible in line with the laws of mother Nature takes shape. So we decided to create a truly alternative pole in lower Piedmont, a strategic point in the heart of the Monregalese area, equidistant from Turin and Savona.

The micronation organizes seminars and meetings focused on the relationship between man and nature, on personal growth, on art in its various forms as a response to degradation.

At the same time, it dedicates to the publication of cultural contents and the promotion of conferences and seminars on the topics in which it believes.

The headquarters hosts a treatment area dedicated to holistic and natural medicine therapies. 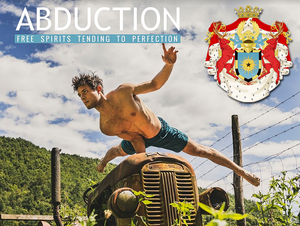 The project combines the need of those who love nature but live in the city, of those who love animals and feel they have a strong sense of belonging to the land but cannot yet do it in a constant and total way.

Bardo hosts also several animals recovered from situations of abuse and takes care of their livelihood and give them the love they deserve.

BARDO extends for about 20,000 square meters in the forest of Torre Mondovì, based in the south of Piedmont (northern Italy).

Near the Sea Ligurian Alps it is strategically well located being equidistant from Turin and the port of Savona.

The BARDO residence is an active beating hearth: we are coming as micronation officially in the 20-02-2020, but we're working from 2013 with a lot of opportunities for artists, healers, free thinkers, independent growers and animal rights supporters from all over the world.

We decided to protect a wonderful corner of Europe from the civilization of cement, leaving space for the natural inhabitants of the place and creating opportunities for sustainable growth for the humans who join us.