The Corbonian Empire (also referred to as Corbonia) is an Imperial Constitutional Republic micronation situated in New Jersey, with territories spread throughout the east coast of the United States.

The current top priority of Corbonia is its military and gaining citizens as well as improving and completing its current website.

The establishment of Corbonia began shortly after the Emperor Kyle Hershey read about micronations online on September 5, 2010. Eventually, the Emperor learned of the Montevideo Convention and decided that he would continue to boost the prosperity of his new nation.

War With King Leo I of Redonda

On December 5, 2010 at around 3:50 AM (+5 UTC), Corbonia declared war on King Leo I, who claims to be the king of Redonda. The Emperor has also claimed he wishes to gain a diplomatic alliance with one of the reigning kings of Redonda that isn't King Leo I. On December 16, a diplomatic E-Mail was sent to King Leo I concerning a treaty to end the war and Corbonia's demands.

It was announced on December 10, 2010 that two laws regarding citizenship would be written and signed by the emperor. The names of these laws have been revealed as "Allegiance Act of 2010" and the "Birthright Act". On December 15, 2010 at approximately 5:34 PM (+5 UTC) the two acts were signed into law by the Emperor after being approved by the counsel. The "Birthright Act" was renamed to "Birthright and Pension Act".

On December 24, 2010 a fort constructed years ago by the Emperor's brother and his friends was annexed by Corbonia and dubbed "Fort Intrepid". A flag was raised and the fort became a symbol of hope for Corbonia. It's notable that the fort appears on Google maps.

On December 27, 2010 a small Airsoft gun battle took place between a belligerent of an unknown micronation and three Corbonian soldiers, who won the battle. It was the first armed conflict in Corbonia's history and forever scars it with the horrors of war. No diplomatic measures were taken between the micronation and Corbonia, and as such a war may develop if the belligerents attack again. Later in the day the three soldiers that were attacked returned to the spot (which is near the retention basin territory) and got reconnaissance of the area, but the belligerent never came out.

On January 27 Corbonia declared a "state of belligerency" on Zealandia, siding itself with Sirocco in its "war" with Zealandia. After pressure by other nations, Corbonia repealed it and declared political support of Sirocco. When the news was revealed that it was a joint operation of Sirocco and Zealandia, Corbonia celebrated the firing of Sebastian Linden and repealed everything regarding the "conflict" it was involved in.

Kronossia Integrated into the Commonwealth

On March 9, 2011, the Republic of Kronossia successfully integrated into the Corbonian Empire as a commonwealth state.

Corbonia is officially an imperial constitutional republic. It is led by the Emperor Kyle Hershey.
A council acts like the United States Senate and approves of acts and laws that the Emperor suggests. The counsel also must approve of declarations of war. The counsel is made up of 4 members right now. The Missouri territory of Corbonia is generally independent and has its own separate government, but as of now lacks the necessities needed for commonwealth status under the Commonwealth Structure Act of 2011.

Since its conception, Corbonia has had somewhat of an aggressive foreign policy, usually resorting to war instead of diplomacy and is trying to maintain an east coast dominance militarily.

Former enemies include King Leo I of Redonda.

"The C.A.M. (Corbonian Armed Militia) acts as a policing force as well as militia. The C.A.W. (Corbonian Armed Warmongers) serve valiantly as soldiers. All soldiers and militia are armed with the latest in micronational weapons technology including NERF, paintball, and Airsoft weaponry. Kampfmesser (German for fighting knife) is made up of only the most elite Corbonian soldiers handpicked by the Emperor himself. They are skilled in foreign weapons as well as Corbonian weapons."

There are two generals of the Corbonian military, Pramath and Nicholas, who wish to not have his last name disclosed as of now. The Emperor, as commander-in-chief, still has a higher say over the generals.

Throughout its history, Corbonia has not lost any of its wars. 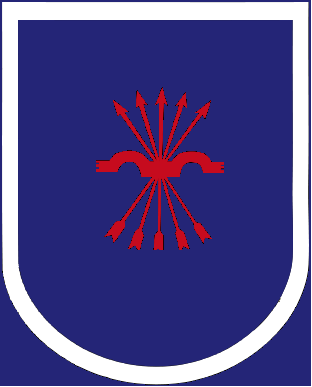 Kampfmesser, German for "fighting knife", is made up of the most elite members of the Corbonian military and are handpicked by the Emperor, who has this to say about them: "The only people who get to be members are the people who I deem elite enough to join it. The soldiers in Kampfmesser must be very well trained and very physically fit. Kampfmesser battalions will be able to sweep entire areas and remain unharmed. Kampfmesser members are a grade up from the average Corbonian grunt."

The set of skills Emperor Kyle Hershey says a Kampfmesser member should possess are:

The Corbonian military uses an online Swedish military training game as a means of training their cooperation, and physical training is done via running, pushups, situps, other exercises, and occasionally target practice. The Emperor wishes to get a training area with targets set up at Fort Intrepid in order to train new recruits.

According to the Corbonian website, C.A.M. has 5 members and C.A.W. has 9. The number of Kampfmesser members is classified for safety purposes.