Brittany is a province and the capital city of Ausveria and seat of power of its government. The Ausverian city is the historical and cultural centre of Ausveria, being the site of its creation in 2019. It has an exclave situated roughly one block away, Leantree national park.

Brittany is named after a red golden retriever that belonged to Fredrick M. the leader of Ausveria.

The area now comprising Brittany was first settled sometime in the 16 or 1700s, Archeology conducted by the Ausverian Government suggests that the area was at one time a farm then was utilized as a dumping ground until a house was built in the 1920s which then burned down in the 1980s after which a blue mother daughter house was built in 1994.

Brittany originally was the only province of Ausveria during the City state period of Ausverian history, after Ausveria expanded it became the capital and seat of power of the Ausverian Government.

Brittany was the site of the first battle of the Ausverian civil war, on March 21 Polucavillean secessionists attacked the city, within 20 minutes of the beginning of the assault the secessionists had set up a barricade made out of discarded furniture on Antonio Allee. By 3:40 loyalist forces had overran the barricade and forced the secessionists out of the capital.

Brittany was attacked again on 4/18/2021 resulting in the second battle of Brittany.

Brittany in addition to being the Capital and economic center is the cultural center of Ausveria.

The current Governer and representitive in the Landtag is Thomas M.

A four bedroomed mother daughter house which is the residence of Fredrick M. and his family, built in the early 1990s.

A four foot deep above ground pool located off of the main Piazza along PP Strasse.

A one-roomed structure at the corner between the main piazza and Antonio Allee.

An unnamed public square located behind the main house where military parades and public gatherings are held.

An exclave of Brittany near the city with a forest and a small stream. 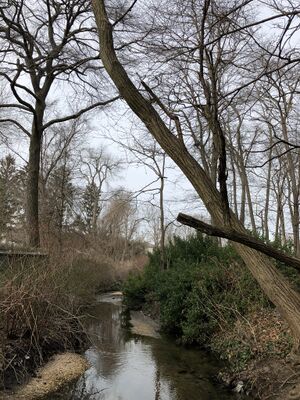 All areas of the city can be reached on foot in under three minutes.