From MicroWiki, the free micronational encyclopædia
(Redirected from Barbettia)
Jump to navigation Jump to search

Barbettia was founded on 15 February 2016, the date that the Original Constitution was ratified. The constitution states that Barbettia was created to "build on and preserve our culture." The Barbettian Kings saw micronationalism as an opportunity to protect and grow Barbettia's existing culture. But before the nation officially came to be, the Barbettian culture existed. A Barbettian language was conceived in 2008. Barbettian was originally developed as a secretive language that was only used by the Kings of Barbettia, but when Barbettia became a nation, it became an official language of the Empire. From 2008 to 2018, the Kings worked to add words, syntax, and grammar to the language. In 2018, Barbettian was put out of functional use and is only used for ceremonial purposes.

The original constitution was different from the current one in that it created a national currency, the Barbett, which has since been revoked. The Barbett was based on the worth and value of Barbettian assets. This total value was then divided by the number of Barbetts in circulation, assigning a certain worth to each Barbett. Barbetts were minted by the Kings of Barbettia, using hammers and cold minting techniques. They were made of metal. One Barbett was then divided into 100 centavos.

In order to spread word of Barbettia's creation, the first Barbettian Arts and Culture Show was held in early 2016. It showcased Barbettian coins, documents, history, symbols, and music to foreigners.

A Barbettian Presentation during the Culture Show

A whiteboard with Barbettian facts for foreigners

Passports were created shortly after the foundation of Barbettia in 2016. These passports were made to permit entry to and from the temporary Barbettian territorial claim, enclaved by the United States. However, in 2017 they were revoked for a multitude of reasons. One of the reasons was that Barbettia is looking for a more permanent territory before it begins to enforce immigration laws and border security.

On 15 February 2018, a new constitution was created. It was signed on 18 February 2018. On 29 August 2018, the citizens of the Empire of Barbettia elected their first president, Adam Trencher. See "Government Structure" for more details on the Barbettian president. As of February 2019, there are 10 citizens in Barbettia.

Barbettia has a relatively unique form of government called a Diarchy. A Diarchy is like a monarchy, except there are two Kings instead of one. The Diarchy must make all decisions together. Should they disagree, the President shall act as either a tiebreak and side completely with one King, or suggest a compromise which both Kings must agree to. The Diarchy is all powerful and is only limited by the Constitution and Laws. A King succeeds his power to his first child or a designated person at death or resignation. A President is elected by popular vote annually. The Diarchy can form new government positions by delegating any of its many powers to another citizen.

Tbe Diarchy act as legislature for the Empire. However, legislature is also conducted at the State level. This is done democratically. States may make their own laws provided that they are not in conflict with the ideals set out in the constitution. Barbettian state legislature permits any citizen of a state to propose a law. Every three months, a state voting day is held where all citizens above the age of 14 can vote yes or no to proposed laws. Should 60% or more vote yes, the law is ratified. The executive position in a state is the Duke. The Duke has all non-legislative powers for the state, and answers directly to the Diarchy. The Duke can be replaced by the Kings.

Barbettia's government also includes territories, which are all parts of Barbettia not claimed under a state. They must follow all Barbettian laws, obey the Constitution, and will be protected by the Barbettian Guard.

Barbettia has a well-developed culture. Barbettia created its own language, drinks, cuisine, and music. Ceremonial Barbettian music is written in the ceremonial language, Barbettian. The Barbettian language, though once spoken as a regular language, is now reserved for ceremonial purposes. It was originally a secret language, but is now open to all Barbettian citizens. Barbettians speak Esperanto, Portuguese and English for day to day communication.

One popular dish in Barbettia is Rice samosas (samosas with only rice inside of them, but cooked without the rice first). Rice, beans, and avocados are some popular foods eaten in Barbettia. Barbettian drinks include milk, ginger ale, and clove ale. Clove ale is a drink invented by one of the Barbettian Kings. It is made in a similar way to Ginger Ale, but with the flavor of cloves instead. Barbettians use a variety of spices to make their food taste good. Some Barbettians bake bread and pastries. In the spirit of self-sufficiency, some Barbettians grow their own food and support organic farming.

Barbettians celebrate Independence Day, on February 15. On Barbettian Independence Day, Barbettians celebrate their rights such as free speech, and freedom of religion and expression. Barbettian folk songs include "Grine yak doich epa grine yak hoise," and "Tros epa laja mindo ril Barbettian," and "Aboba epa ama." These songs are recited at the Barbettian Arts and Culture Show. The National Anthem of the Empire of Barbettia is "Tros epa laja mindo ril Barbettian." It consists of six verses, and is 80 words long. The anthem has piano sheet music and vocals.

Common activities in Barbettia are chess, association football, table tennis, and pong ball (a Barbettian-invented sport). Pong Ball is a team sport played on a (preferably indoor) court. There are teams of at least 2 to up to 5 players, and each team has its own goal and goalie. More information can be seen here: Pong Ball. 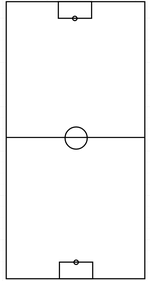 Barbettian literature is mostly fictional, and ranges from fantasy to science fiction, and from dystopian novels to general action/adventure novels. One type of book that makes Barbettia unique is a collaborative fiction book. This would be where one author writes a chapter, and another writes the next chapter, and so on. Another unique characteristic of Barbettia's literature would be extensive development of settings. The settings in Barbettian books are detailed and planned outside of the book. This is known as worldbuilding. Detailed pictures and models of Barbettian-created worlds are created to help the authors visualize what's going on in the story and where the characters are.

A model of a Barbettian book's city

The flag and coat of arms are symbolic, with each symbol and color having a meaning. The fleur de lise represents the abundance of Barbettian agriculture, the bow and arrow represent the strength of the military, the soccer ball depicts one of the national sports, the conifer represents Barbettia's devotion the environment, and the crown represents the power of the government.