Australis Town is an Australissian territory. It was founded on the same day Australis declared independence from the Commonwealth of Australia. Located about 300 km south of the main site of Australis, and about 8 km east of the island territory of Constantia, its largest settlement, Jarrahview, is the capital of Australis. 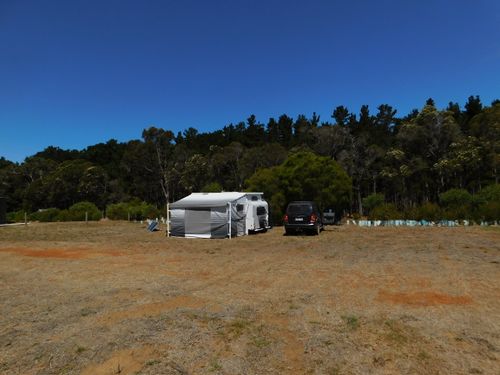 An image of Australis Town taken in January 2020, during one of its active times of year.

Since Mid-2020, there have been talks to develop the infrastructure of Australis Town, in particular Jarrahview, by the establishment of a house and large rainwater tank, in order for the land to become habitable.