Isla de Los Ángeles, or Angels Island/Island of Angels, is a Micronation founded within the Piha, Auckland Region of New Zealand, located on a small coastal rock formation. 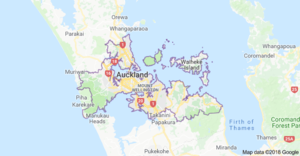 Founded by Drew young on March 17, 2018, Angels Island is but a minuscule nation with a population of only 1, due to the fact that very little people know about the location or the existence of the nation. Angels island was first uncovered by its present-day ruler back in Late January 2018 however was only claimed 2 months later, great pride is taken in the nations sheer beauty in both night and day, coated in tall flourishing reeds and sweet, dew laced grass, it is because of its breathtaking appearance and elegancy that it was named after the Angels, well known for their looks of stunning beauty.