From MicroWiki, the free micronational encyclopædia
(Redirected from Princess Michelle of Wilcsland)
Jump to navigation Jump to search

A child of Princess Marjorie, Duchess of Corran, the Queen Mother is one of the main members of the royal house of Wilcsland. 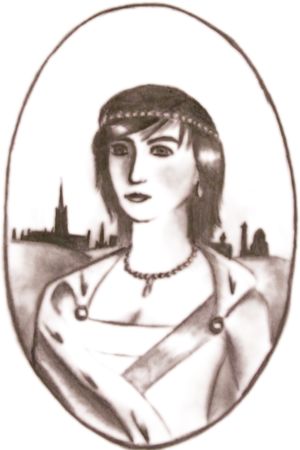 A 2011 portrait of the then Princess Mother of Wilcsland

On 25 July 2011, Princess Michelle was granted the title of Princess Mother and the style of Royal and Imperial Highness by Declan I, II & V. Roughly a month later, on 27 August 2011, he appointed her his co-ruler as Queen-Regent Arsinoe III in Wilcsland and Tsarina Arsinoe II in Orly, but deposed her four days later. As mother of Declan I while he was Emperor of Austenasia, she was confirmed in holding the title of HIH Emperor Mother Michelle on 30 June 2012 by her son, having used only her Wilcslandian titles before. In respect to her former title of Queen-Regent of Wilcsland, on 28 October later that year her Wilcslandian title was changed from Princess Mother to Queen Mother, and her style from Royal and Imperial Highness to Royal and Imperial Majesty. On 20 January 2013, Declan I abdicated from the Austenasian Throne - his mother's style therefore became HM Queen Michelle the Queen Mother. The Queen Mother retained this title and style upon her younger son Ciaran taking the throne of Wilcsland as King Ptolemy II on 31 December 2014.