From MicroWiki, the micronational encyclopædia
(Redirected from Zhuoying of Singa)
Jump to navigation Jump to search

Jess Sum Cheuk-ying (traditional Chinese: 沈卓盈) (born 5 April 1984) was the first Monarch of the Taoping Kingdom, the Government of Taoping proclaimed its allegiance to Jess Sum as queen of Taoping. However, she did not accept either the role or the title, her role as queen remained unrecognized by herself. After the Dongji Revolution she was abdicated in favour to King Taizu on 13 December 2015. 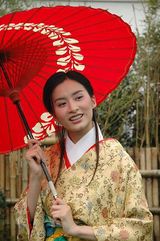