From MicroWiki, the micronational encyclopædia
< User:Cookieman1.1.1
Jump to navigation Jump to search

This article is about the country. For other uses, see Paloma.

Since the establishment of the Free Socialist State of Paloma in 2019, Paloma has been a Federal one-party socialist republic, and is one of the few active ones in micronationalism. Paloma declared independence from the United States by a movement lead by Aidan McGrath and a few others. This movement would later hold a conference which pushed for a socialist state to be created and on 20 November 2019 Paloma was formed.

Paloma has since had around two vice presidential elections with the first occurring in 2020 and the second in 2021. Although Paloma has yearly elections the majority of President have been placed in office by the President or Supreme Paloman due to impeachments or resignations, a notable impeachment was that of former Vice President cCharles Burgardt, who was impeached after attempting to have the Paloman territory of San Souci gain independence due to complications he had with the Paloman government and political differences; he is the only Paloman vice president removed for treason.

With Paloma being located around the Great Lakes, wildlife conservation is extremely important to the Paloman government. The Paloman government has land and wildlife protection laws. Mainland Paloma boasts many forms of wildlife and plants, including a few Bald Eagles nests. The Ministry of Environmental Protection (MPA) plays a major role in maintaining Paloman nature and beauty. 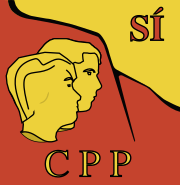 A communist poster featuring President Aidan McGrath, behind Vice President Jack Morris. The political poster shows the use of cult of personality in Paloma. 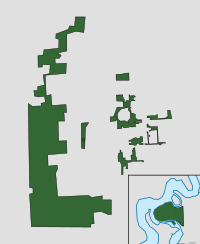 Paloman culture derives from the U.S. state of Michigan, and the countries of Canada and Spain. ===Literature, philosophy, and visual art