The Imperial Kingdom of Hilltop and New Potato Land is a micronation initially founded by Jonah Nichols (King Jonah I) and Max Stenner (King Max I) on 15 May 2020, originally as the Kingdom of Woodshire Hill but became a federal republic, Englica, when it merged with the Republic of New Potato Land but keeping subnational monarchs. Wefren left Englica to become independent several months later and Bertia did the same in April 2022. Since then, the nation has been known as the Imperial Kingdom of Hilltop and New Potato Land. This micronation was founded due to all information on their previous micronation, the Grand Duchy of Wefren, being deleted by Emperor Jonathan of Austenasia. In essence, the Grand Duchy of Wefren ceased to exist. The original kings of Woodshire Hill suspected that Jonathan had done this in an attempt to “take over” Wefren, although this was later proven to be false.

Wefren soon broke free from Englica, becoming independent. Bertia was incorporated as a sub-nation in June 2021, but demands for independence meant that Englica dissolved in April 2022 and was reformed as the Imperial Kingdom of Hilltop and New Potato Land with the establishment of the Kingdom of Bertia.

Englica is a combination of the words 'England', which comes from the Old English meaning 'land of the Angles' and America, a latinization of the first name of explorer Amerigo Vespucci, who was named after St Emeric or of Englishman Richard Amerike, of which Amerike is an Anglicization of Welsh patronymic ap Meryck, meaning son of Meryck.

Of the constituent states of Englica, Hilltop is named after the local town council ward of the original Hilltop territories, which was likely named that due to the fact that much of Hilltop Ward is centered on a Hill. Bertia is named after its original king, Harrison Bert. New Potato Land is of unknown etymological origin, but may be due to a fondness of potatoes from Josiah Welch.

Englica is a parliamentary republic with sub-national semi-constitutional monarchies (districts). There isn’t a Head of State in Englica, and the position is filled locally by the sub-national monarchs. The Head of Government is the Prime Minister, the leader of the biggest party in Parliament, at this moment Joseph Young.

Elections are held once a year locally and nationally, but a national election has been stalled due to communication problems, resulting in Joseph Young holding the position of Acting Prime Minister.

Englica has colonies across the globe which are generally autonomous and affiliated with a District. They have their own laws and are only subject to the Englican Constitution.

The government has started to distance themselves from colonies in recent years, with the abandoning of all colonies except the Great Kingdom of Falalia in 2021 by Joseph Young. Another colony, the Feathers and Gills Governate, governed by Prince Ben, Earl of Motcombe with Martin Wareham as Deputy.

Englica is a member state of the Cupertino Alliance and is an ally of the Duchy of Woodshire and the Kingdom of Cecillo.

Both the Kingdom of Hilltop and Sovereign State of New Potato Land have Christianity as their official religion, but Hilltop is most overtly religious, with an official church, the Church of Hilltop, and on 9 August 2021, King Max I passed a law recognising the New Testament as law. In Hilltop, there is a prominent Atheist minority.

The former territory of Bertia has the Children of the Dank as state religion but it is a minority religion, and Maxism, the worship of Max of Hilltop as God, has more practitioners. Maxism has two branches, Classical Maxism, the worship of Max as God-King of the Universe and Marian Maxism, the belief that Max I is the incarnation of the Virgin Mary. Bertia is also home to the Bertian Church of Odin, once led by Connor Young before his conversion to Christianity. In Bertia there is a sizeable atheist minority and a small congregation of the Church of Hilltop led by George Dormer.

Districts are divisions of the United Republic of Englica, similar to states or counties, that each has its own king/queen and district minister. 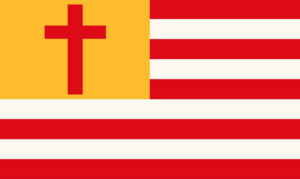 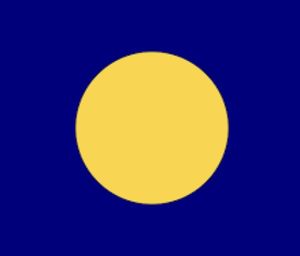 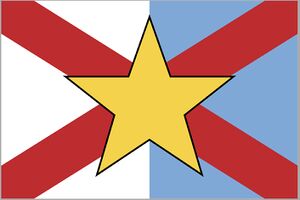 In Hilltop, constituencies were abolished in March 2022.

Hilltop follows Agnatic-Cognatic priomogeniture, but there is a strong movement from the Social Democrats to make this an Absolute Primogeniture system. If Max I dies or abdicates without heirs, the monarchy will become a duel monarchy between the House of Avery and House of Stenner.

The Stenner succession is even more complex because after Princess Lucy of Hilltop, there are plans to have a triple monarchy if Max doesn’t have heirs.

Bertia follows a system of appointing the line of succession by the monarch, at this time Harrison I of Bertia.

These are all of the District Ministers by the time of Englica’s dissolution on 1 April 2022. New Potato Land: Vacant
Hilltop: Prince Christopher, Duke of Winterbourne
Bertia: Orin Harley
District Ministers can declare a vote on any topic they would like that could change legislation. The citizens then vote on it, and if the monarch agrees to their decision, the legislation is passed.

Formerly called the Fascist Party, it was renamed in February 2021 for the 2021 Hilltop general election to the Dictator Party to lower association with Naziism and to take votes from the Foreign Monster Raving Loony Party. It was initially led by Harrison Bert with George Heywood as Deputy Leader but Harrison resigned after Bertian semi-independence was achieved and how Prince Christopher, Duke of Winterbourne as leader with Princess Linda, Duchess of Shaftesbury as Deputy Leader. The party has since moved itself further from the Far-right, renaming itself the Hilltop Salvation Party. They have been in a coalition government with the Social Democrats since Charlotte Young defected to the Hilltop Salvation Party, ending the Social Democrat majority. They are pro-Max I and anti-Jackobite. However, a few days later the majority was re-established. In the 2022 Hilltop general election, the Salvation Party won in the popular vote, and won the same amount of seats as the Social Democrats. They entered a coalition government led by the Slavafion Party.

The current ruling party in Hilltop and the majority party in the Englican parliament. It is a centre-left party that advocates for workers rights and Anti-Jackobitism. It is led by Queen Mother Donna, Duchess of Tarrant. It held a majority in the 2020 election but they lost 2 seats in the 2021 Hilltop general election to the Jackobites, weakening their hold over parliament. In the 2022 Hilltop general election, the Social Democrats lost their majority, but entered government in a coaltion led by the Salvation party.

A novelty party based in Stevenshous, it holds 1 city in Hilltop, Stevenshous. It advocates for 'expulsion of idiots' and rule by dogs. It dissolved in January 2022.

The party was at the time the only party not based in Hilltop, being based in Pershing, Woodshire and was led by Chris Nichols (Prince Chris of Woodshire). It dominated Woodshire politics, rarely interfering elsewhere but when Woodshire gained its independence, the party was dissolved.


The party was founded after the First Civil War in January 2021 and it advocates for Max I’s abdication to Prince Jack, Duke of Gillingham and Princess Lisa, Countess of Stourpaine because they do not recognise the reversal of Max I’s abdication by parliament. The Jackobites have been heavily successful in recent times, becoming the official opposition in the 2021 Hilltop general election and winning the seats of Mere and Spetisbury. Jackobite is a play on word for Jacobite. The party was banned after violent clashes at the Battle of Denes between anti-Biblical protesters and the Hilltopper royal family. However, it was re-established in January 2022 for the 2022 Hilltop general election as the House of Avery Nationalists.

Despite most Jackobites supporting the rule of Jack and Lisa, others support rule by Oscar Thow or Orin Harley.

A Feminist party in Hilltop. It doesn’t hold any seats in parliament but has had an increase of voters in 2021, with them being the second biggest party in Bertia, only beaten by the Jackobites. They are led by Rose Russell. The party also supports the abolition of the monarchy. They won the 2022 Mere by-election and gained a seat in the

The Bertia Freedom Party was established after the semi-independence of Bertia was achieved on 17 June 2021 by Leader Orin Harley with support from new King of Bertia Oscar Thow. It is socially and economically Liberal, and is in favour of LGBT rights and Black Lives Matter.

The Deputy Leader of the party is Sonny Morgan, after Dylan Williams was made to resign in March 2022.

Unite is the biggest party in Bertia and supports unionism between Bertia and Hilltop under the rule of Max I. It was initially a more controversial group under its founder Olly Gooding, an ex-general who led forces at the Battle of Feld, quashing the Bertian Civil War, but after his resignation on 15 July 2021, ex-Dictator Party leaders Harrison Bert and George Heywood have taken over, vowing to remove past controversy. Harrison Burt was elected King of Bertia in the 2022 Bertia constitutional referendum and resigned as Leader of UnITE in January 2022 and Vinny Stokes took over.