From MicroWiki, the free micronational encyclopædia
(Redirected from The Royal Wellmoorean Air Force)
Jump to navigation Jump to search

The Royal Wellmoorean Air Force (RWAF) is The Kingdom of Wellmoore's aerial warfare force. It was formed on the 16th of March 2020 by Royal Decree along with the other branches of The Armed Forces of Wellmoore.

Officers hold a commission from the sovreign, which provides the legal authority for them to issue orders to subordinates. The commission of a regular officer is granted after successfully completing the 24-week-long Initial Officer Training course.

The Royal Wellmoorean Air Forces shares rank structure and rank insignia with the Royal Air Force (with a few minor changes such as the Marshal of the RAF in the RWAF is Marshal of the RWAF). 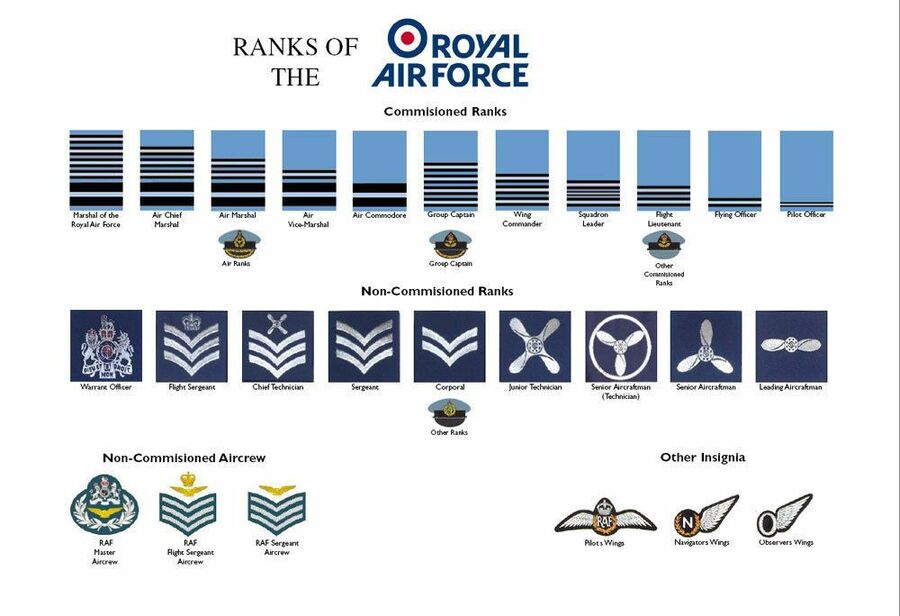 The Chief of the Air Staff is supported by several other senior commanders. The main positions are shown in the following table.

Other senior staff include the Air Officers for Apsion, Oxhall and Fairwood in which they all rank at Air Commodore.