From MicroWiki, the free micronational encyclopædia
(Redirected from The Imperial States of Forestria)
Jump to navigation Jump to search

The Imperial States of Forestria, commonly known as Forestria is a micronation in Clovis and is the successor state of the Empire of Ninjasus. The micronation is generally right wing nation protesting against all communism and socialism as well as fascism. It is generally a conservatist monarchy.

The first version of Forestria was the Republic of Ninjago. This led to collapse and the Lily Land War. 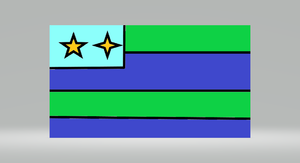 The Flag of Ninjago

Shortly before the LLW1, Ninjago bought Jedio for 150 Ninjins, 350 $FOT today. The Empire would soon reform into the Empire of Ninjasus for copyright reasons.

Annexation of The Backyard

On 19 August 2021, the Government of Forestria annexed The Backyard (Forestenshire). King Lucas the First of Oniya, was told in the Proclamation of Cyorisfyor.

New laws have been created in the section of history. The Military Reform Act was passed by the Diet and one other law is being voted on. This law, FERA 1, is a law that sets requirements for requesting embassies in Forestria.

On September 19, the Emperor abolished the Diet and made the National Advisory Council which does not make laws, it advises the Emperor in making laws.

On 20 September, Jedio became independent after the several months of "Ninjasus" being Forestria. On 26 September, the leader announced why. Forestria is still responding to the independence movements.

Although Jedio and Forestria are at war, the Emperor is trying to make a temporary alliance to help prepare Forestria against Oniya.

On the night of 27 September, King of Oniya provoked several arguments which rose up to them preparing for war and rejecting the other’s citizenships. On the morning of the 28th, the Emperor rose up the Imperial Arsenals which holds all the weapons of war. The Emperor is also planning an operation.

The night after, tensions rise again and war is nearly declared. Jedio and Forestria begins meeting about Oniya.

On the third of October, the fledgling nation celebrated it’s first Independence Day. As the Emperor hadn’t realized the day was the third, nothing major was done, although a large cookie was made earlier in the day.

On the 2 November, the Emperor announced that all Commonwealth nations are Forestrian territories and the Commonwealth is abolished. The Emperor begins mass militarism.

December brought many things. The Emperor signed the Treaty of Oniya City and will be planned to sign the Treaty of Naboo in January. The Grand Duchy of Krell was founded and started operating in mid-December.

Main articles: Clovis Defense Organization, Decree of the Recognition of States (Forestria), and Government Shutdown of 2022

During April, the first and second meeting of the CDO started. The first order of business was the admission of several states as members to the organization. During the second meeting, Lily Land requested aid to the GACDO. The request for aid was accepted and Forestria has since started on sending aid. The Decree of the Recognition of States was presented by the Emperor to the Senate and has been in voting. Before the Spring Break started, one of the Senators has voted yes to the Decree.

Later in April, the Governmental Shutdown of 2022 occurred. This happened because of inactivity in the Parliament. 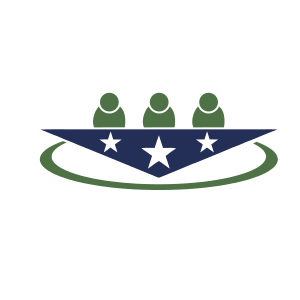 Logo of the Constitutional Convention - MMXXII

In late September, the Emperor sent emails to influential people in Forestria and it’s allies to come and prepare for a convention to change the Constitution of Forestria.

At the end of December, the CCF ultimately failed. However, the new constitution was signed by the Emperor.

By the end of December, 2022, the activity in Forestria slowed to a halt. Emperor Elias made the decision to dissolve the Forestrian Empire and make most of the land join with the Kingdom of Oniya to form the Oniyan-Forestrian Kingdom. He made a treaty, titled the Treaty of Oniya City, that will give all Forestrian land to other nations, Jedio, Oniya, LilyLand (Carus Taronus after the Treaty of Lily Land 2022), the newly formed KFR, and gifting the Kingdom of Salanda the territory of Terabithia Cove. By the 3rd of January, the Treaty of Oniya City was signed by two people, the Emperor of Forestria and the King of Oniya.

The government is an Imperial Monarchy that has some direct democracy parts. The NAC is the advisory branch. The micronation also has some Fuedal monarchic parts. 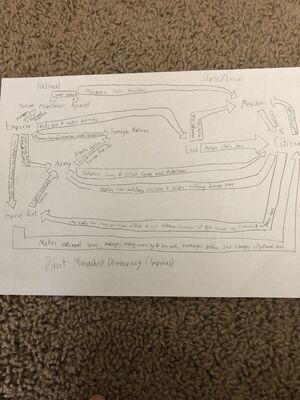 Ministries are offices inside the Government of Forestria that enforces Forestrian law. Ministries are proposed by the Emperor and voted by the Diet, therefore, they are a part of the Diet and offices are made in the Diet to make rules pertaining to that Ministry. Ministries are called Departments.

The monarch is the Emperor. He holds all administrative, and legislative power. The advisory council is an elected group of individuals who advise the Emperor on laws, judgements, and wars. The monarch is hereditary and the Great Constable puts the Imperial State Crown on the monarch's head during Coronation.

The Imperial Crest of the House of Oberholtz

The monarch can also put the government into shutdown. One example of this was the Governmental Shutdown of 2022. Shutdowns can happen two ways: inactivity in the Parliament or changes in the Imperial or Federal Government. Shutdowns can also be done at the monarch’s pleasure.

The Imperial Parliament makes up the Advisory branch. It advises the Emperor on laws and wars. When the Emperor signs a peace treaty, the Parliament votes to ratify it or not. The branch is made up of elected officials for each state. Each state only gets 1 senator (advisor).

Every 2 years, every state votes for a new senator in the Parliament. Every Puppet, territory, province, or other entities, may have sub-parliaments for independent voting in states.

The constitution of Forestria is the highest law in the land. On the current date, there have been one amendment to the constitution, that being the Science Amendment.

All foreign relations were formed by the DOFAIR and the Emperor.

It has plans to join the Cupertino Alliance and create a United American Alliance. On 9-22-2021, the Emperor announced his intent on joining the Alliance of the Micronations, an organization made by the Kingdom of Salanda, when he turns 13.

In December, Forestria joined the Defensive Military Organization of Micronations. 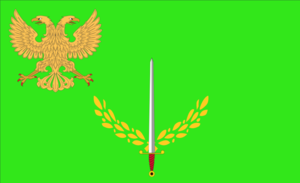 Imperial Standard for the Army

Forestria has been a part of several conflicts, both of which are the Lily Land Wars.

There are two states in Forestria. States have the power to vote for their Senators in the Parliament. Forestria also has one Federal District called Curia Ninjoa which is the seat of Imperial Power. Federal Districts, colonies, and territories are represented by the Emperor until the colony or territory becomes a state. Federal Districts are always cities and they cannot become states. Territories and provinces can vote to institute a different government that is governed by the Imperial Constitution.

Each individual State/Province has it's own parliament abiding by the rules of the Imperial Parliament.

The Emperor holds the Economic policy papers and sets policies. The national budget is nearly $30 and 50,000 FOT$

The Forestrian Stock Exchange Center, or FSEC, is the stock exchange within the CDO. All businesses within the organization’s member states must have a stock in their name inside the the market.

Plans are made to create a product to export. The most low-cost way to the Empire is to export agricultural products or film movies and tv. The Empire plans to sell Lordship titles some point in the future. They are currently exporting cookies. Cookies are the national export. This is because the cookies industry and cookie demand has risen slowly higher since the founding of ELM's Goodies. Another industry that has slowly risen in demand is the video game industry. This is because of Imperator Interactive Announcing the Untitled City Game.

Imports are restricted to food supplies, home supplies, furniture, Legos and the like. Because the Empire is a part of the IMSO, it will open up trade to the members of the IMSO.

The only current industry present in the nation is agriculture. They plan to sell some to gain money in the future. They also plan to create a service industry. EliCorp Studios has plans regarding tv and film. EliCorp Family of Companies owns the majority of companies in Forestria holding a monopoly.

The Emperor has compiled a list of National Symbols. The Flag, Coat of Arms, National Anthem, and others, have been designated the most important and when damaged, can lead to a fine of 300 FOT.

Ancient Ninjoan Myth arose near the beginning of the Republic of Ninjago. This created Ninjoan Paganism. None of the Gods and Goddesses were remembered, though the religion paved the way for Jedian and Oniyan myths that continue to the present day.

Media in Forestria is maintained every day. The government declared that tracking what citizens do on media or the internet is illegal under the Constitution of Forestria.

Many video games are played in Forestria. Many of them are simulations such as: City: Skylines and Victoria 2. Many of the citizens also play Minecraft.