From MicroWiki, the micronational encyclopædia
(Redirected from The Houseland Republic)
Jump to navigation Jump to search

The Republic was formed when the four citizens planned to create a micronation and organize it into a really powerful and and an influential nation in the microwiki community. The Republic is a multi-party federal republic created and had its first-ever election on 25 December 2020.

The citizens numbering four in the country made a meeting and unanimously voted to create this experimental nation of House land. The country saw elections the next day itself. The elections gave the four seats in the Houseland Committee, The parliament. Then, on the day 17 December 2021, the Parliament met for the first time in which the members had agreed on creating a new constitution, developing the nation with a small budget, and also deciding on how to name the Ministry and appoint the ministers to govern the country.

This year came the first parliament meeting where it was decided to make the only pet a citizen and also to lay responsibilities on the Citizens of House land and about courts and other minor issues on 17 January 2021. The Houseland Times was accepted with everyone in favor.They also had a proposal to have relations with Australia.

The nation of Houseland is relatively small with a small size of 0.000001 km as its area and the climate gets relatively hot during the summer as his as 54-degree Celsius and temperatures dipping as low as 9-degree celsius in the winter. During the spring the temperatures are relatively mild and vary between 21 degrees Celsius and 27-degree celsius. There is little to low humidity in this season. The country only has flat land with a water supply good but does not have a natural source of water in the country. The country is pretty well developed and has good Electricity and Water. The highest point and peak is 150 m Mount Bankabed,and the lowest point is unknow that.

The Houseland Republic is a federal multiparty republic under usually the leadership through the elections. But in some cases where the votes are equal, the parliament rules the country. The President of The Republic is defined as the leader of the Parliament who can do a veto and propose developmental schemes. In the first election, this was the case. The Two main parties are- The Blue Party and the House and Congress. The parties have their flags given below.

Currently. the nation had no major media. However, there is a proposed newspaper know as the Houseland Times. It was agreed by the Parliament on the notion 3 to 1. Also, The news has directly given by the Parliament until the website is launched. There is also no radio in the country and Has only 1 television. But the nation does have an official website for the Republic to know the basics of the republic.

The Houseland Time is created and published on the Auspicious day of Wednesday,February 3, 2021. It is currently in the process of seeking to add articles by the patroller. The news published an article saying about a parliament meeting of the Houseland Committee.The CEO of the house land time is Sir Albert Johnson and a reporter is Madame Meenakshi Arjun. The website has become controversial for its articles such as the covering of the Houseland crises <gallery> 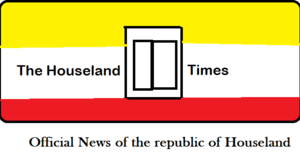 The official sport is frisbee or called Ringball in Houseland but Cricket is also popular here despite Frisbee being the national sport. Cricket even has its own board to control cricket in the republic of House land. Everyone knows how to play the game of Ringball as a majority. But football is also a minority game in the country with 2 playing the game. The Houseland Frisbee Board are looking for players to begin the Houseland Frisbee Tournament. Sponsors are also invited. Cricket is also planning to have a tournament. 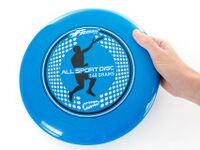 The Frisbee with which is ring ball played

All the citizens are Hindus although which sect is unknown. However, the is also some Christian and Muslim view and culture also in this republic of House land.

The Parliament of Houseland better known by another name known as the Houseland Committee is the federal meeting of the Government of Houseland every week. It has 3 members of whom are selected by the people. The purpose of the Parliament is to pass laws and approve many new developmental projects for the country. The members are usually guided and are led by the President. However, now there is no President to lead because of the No President, No Rule law which makes every law accepted only with a majority of the votes.

The Houseland Republic has a military but only for ceremonial purposes. It currently only has 2 soldiers with no heavy equipment or guns. The army only is doing regular exercises in the nation. The duty of the army is to protect the nation even by shedding blood and to protect the nation from the jail of terrorism and preserve its communal harmony. The army is usually led by a Commander in Chief who is selected by the president. It has a lot of strength and trains and does exercises with a lot of heavy equipment, The military does not have any budget due to no money and any GDP. The Military is a small one used as the country police.