Most Noble Federation of Razerkaikstania

From MicroWiki, the free micronational encyclopædia
(Redirected from The Grand Duchy of Razerkaikstania)
Jump to navigation Jump to search

Razerkaikstania is currently considered as one of the last remaining beacons of Marxist-Leninist Communist values and views, though there is a party dedicated to Maoist views. The Marxist-Leninist Communist (a mix of Marxism and Leninism) views, is the view of total equality in the payment of workers, and the complete dismantlement of the imperialist/capitalist societal values.

Razerkaikstania, being on the continent of Australia, was previously inhabited by the indigenous population up until the late 1800s.

The Most Noble Federation of Razerkaikstania was founded on 25 December 2018. Razerkaikstania started off originally as a Duchy with Communist ideals, ruled solely by Duke Declan Coleman, thus giving it the name of "The Grand Duchy of Razerkaikstania". This name and title for the head of the state lasted for 6 months until it was later changed to become an officially declared federation, with the head of the state being called the Executive Governor. Declan Coleman, while still being the head of state, started to open up new positions of power in the government. A position of head of government was later opened up, titled as First Minister, and later Federal Minister. The nation continued to expand in size since then and has adopted things such as a new coat of arms, anthem, and government structure. In 2019, official documents were drafted by the Executive Governor, Declan Coleman, stating a need for federation was more "imminent than ever needed at the present time".

The main turning point for the nation was what was known as the "Grand Federal Rebirth". This event occurred on 7 July when the Grand Duchy idea was scrapped from the nation, and it was replaced with a federacy. This consisted of the 2 federal provinces at the time being made, and a new anthem being instated. 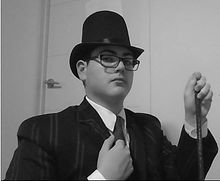 The Executive Governor, and founder of Razerkaikstania, Declan Coleman in uniform.

A few days after the federacy, Razerkaikstania incorporated 2 more Federal Provinces into itself, this created the province of Thelod and the province of Yarvnor, who of which split of from Elatrandorma. This action then made

On 20 February 2019, the Duke, Declan Coleman, implicated the idea of State Atheism. That being that Religion was deemed unnecessary, violent and discriminatory. As testified before the Duchy Assembly, "it is not scary within Razerkaikstania, as no one believes in it anyway". So it was deemed by the Duke (as he was the only citizen at the time) that State Atheism would be implied.

The Razerkaikstanian Armed Forces (otherwise known as the "Federal Worker's Forces") is the army of the Most Noble Federation of Razerkaikstania. It consists of 5 different divisions of forces named the Federal Army, Federal Navy, Federal Airforce, Federal Cavalry and the National Federal Guard. While currently none of the corps has anyone within them, it is planned by the house of parliament to start enlisting as soon as citizenship opens.

On 23 July 2019, the house of parliament alongside the federal ministry for armed forces cooperated and came to a conclusion of what to do about the famous Area 51 raid of 2019. The raid was scheduled for 20 September 2019, and after long and heated discussions both within and between the Parliament and the Ministry for Armed Forces, it was then unanimously decided, that war on Area 51 would be the best choice for the people, and for the future.

In the official parliament document, certain beliefs that the Most Noble Federation agreed with were listed, including "certain inalienable rights of the proletariat, such as knowledge, discovery, and revolution." While it was not officially listed in the document, military service by requirement was then enforced.

From 23 July 2019 until what was stated as "further notice", a travel restriction from people from Nevada was enforced. Martial Law was declared for the first time in its history in preperation for the upcoming raid.

The Most Noble Federation of Razerkaikstania is a communist parliamentary federal state, based majorly on marxist principles. To elect leaders it uses a proportional representation system of democracy.

To pass a law or bill in parliament, it requires an extensive procedure that can take up to 10 business days. If a law or bill is to be put in action it is to first be 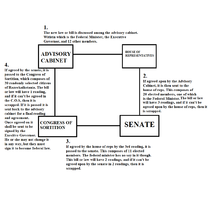 How to pass a law in Razerkaikstania.

As the nation of Razerkaikstania is a federation, it does comprise of 4 smaller parliaments that are in charge of each of the federal provinces. These comprise of 8 seats, and may only take action that concerns their certain province. They may not in any way make actions that concern other provinces. Even though the provincial parliaments are able to act on their own accord, if the federal parliament does take action on the provinces, its say does act first beforehand.

Razerkaikstania is what is known as a Leftno-State, meaning that the ruling powers, these being the political parties, all support some variation left-wing politics. While the parliament currently is non-existent, it is seen as a more embodiment of the Exeutive Governor. Though construction plans for parliament house have been drafted.