The Fun Gang (TFG) is a micronational social club hosted on Discord. Initially formed on 2 October 2020 by Daniel Hamilton and Zabëlle Skye, they later invited Casper von Naveria, Brayden 'Mr.Lee' Eaves, and Max Baez, the former two being credited as co-founders. Hamilton serves as the group owner, and is the de facto leader of the club. Since November, several micronationalists have become members, whilst others have either withdrew or been kicked for a variety of reasons.

The Fun Gang was designated as a borough constituency in the Glorious Anthean Republic during its foundation, and is represented by two Members of Parliament. 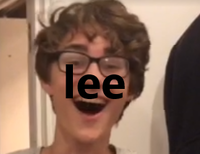 Original logo of The Fun Gang, circa October 2020.

The group can trace its origins back to The Holy Empire of Bois Opposing Indian Slavery, an earlier social group founded by Corinth Newton and Daniel Hamilton in July 2020. Co-founder Newton would go on to leave the discord community, resulting in the group spiralling into inactivity.

After a discussion in the autumn, Hamilton went to create The Fun Gang on suggestion of Zedekiah Skye on 2 October 2020. Micronationalists such as Brayden Eaves, Casper von Naveria and Max Baez would be added shortly after its creation. The BOIS experienced a brief revival in December following the return of Newton, though made little to no future impact.

Long-running discussions in the group and a sentiment of rejection of the supposed 'new guard' of micronationalism culminated the creation of the Constantia Pact, and the accompanying Encyclopædia Conpactia in October.

Named after the Australissian territory of Constantia, the self-styled 'warsaw-pact-esque coalition' contained delegations from TFG-associated States such as Australis, Naveria, Garuda and the Confederate States. The alliance would continue to maintain an informal policy throughout its history of only taking in members associated with the social group.

Hamilton was elected to chair the organisation after the 2020 election, though eventually stepped down in early 2021 and was replaced by his deputy Liam Alexander. Under the chairmanship of Alexander, the Constantia Agreement was signed, de jure establishing the alliance.[1]

In February 2021, a constituency representing the community of The Fun Gang was created in the Glorious Anthean Republic, a community micronation project.[2] 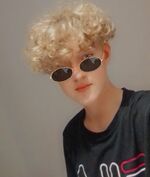 Daniel Hamilton, the owner and founder of The Fun Gang

Due to Discord only allowing a maximum of ten users on a group DM at any time, this is also the limit for the number of people in TFG. Currently, all ten positions are held, but in the past several vacancies have opened up over time.

Bold indicates that the person was an original member of TFG.

A common practice within TFG is getting 'cancelled'. This involves being removed from the group by Daniel Hamilton and re-added within seconds, often due to something said by the cancelled individual being regarded as "cringe".

Every member of TFG has been cancelled, with it even having become a rite of passage for all new members of the group. Often during the short period of time the cancelled individual has been removed, a controversial micronationalist will be added in their place for less than a minute. This has led to several micronationalists having been members of TFG for mere seconds without realising, most notably Yaroslav Mar and Dionisiy Tezdzhan-Smahin.