Ibania, officially the Republic of Ibania, Is an nation on the coast of the island of Borneo in Southeast Asia , Apart from its coastline with South China Sea, the country is completely surrounded by the insular Malyasian state of Sarawak It is one of the oldest fundamental micronations, And the largest micronation. The Republic of Ibania was formed in 1969 by Dato Sami Ibunok as an state of the Iban people. The Crown Colony of Sarawakjoined the Malaya in 1963 , which an politician named Dato Sami Ibunok did not like the idea since there was no state for the Iban people. In 1963 Dato protested the Malaysian goverment to give Sarawak independence but the goverment refused so he planned to make a state for the Ibans, He refers Ibania as an "sovereign state" , Dato was killed by the Malaysian army in 1974 and his wife Bintang anak Sani became the president of Ibania , She became the first women president of Ibania. The Republic of Ibania has a tourism industry which there is alot of tourist place in Ibania which was built by the President of Ibania. Sarikei does have buildings and skyscrapers which the tallest is the Iban Tower. It was surpassed by an building in Sabah. The capital Sarikei has a subway system which in 1997 President Dari Sehan brought 4 Siemens trains from Germany, The Ibanian Railroad was completed in 1999 and the subway was completed in 2000. Ibania has its own airline Ibania Airlines (only avaliable in Malaysia and LAX) Ibania has its own passport , stamps , currency , license plate , film industry , transit , army (No tanks)

In 1963 Crown Colony of Sarawak joined the Malaya forming Malaysia , An politician named Dato Sami Ibunok did not like the idea of Sarawak joining Malaysia which there could be a new Raj running the state, So Ibunok and some Iban residents went to Kuala Lumpur to protest for the Malaysian Goverment to give independence to Sarawak. Ibunok was sentence to 2 years in jail for rioting which he was not trying to riot. in 1965 Ibunok planned to form an Iban state so he decide to go to Sarikei and made posters for an Iban State. Which they waited for 4 years and they got no response, So Ibunok established the Republic of Ibania in 1 July 1969. In 1970 the Malaysia goverment noticed Ibania so they told Ibania to join Malaysia or they are destroying his state, Ibunok said no which started the Malaysian invasion of Ibania.

The Malaysian goverment invaded Ibania in January 17, 1970, Ibania had no tanks so they send the army in jeeps to the border in Bintangor. The Malaysian army destroyed the town of Bintangor and destroying flags in the city. Ibunok was the Malaysian Authorities number one target, In 1973 an fence was built around Ibania to keep out the troops but the fence was destroyed, Ibunok was protected by the Ibanian police. In 1974 Ibunok was visiting Belawai Beach for vacation which the Malaysian Army spotting him and they killed Ibunok. Ibunok corpse was about to be carried to Malaysia but it was stopped by the Ibanian Army which they stole the corpse causing a mass killing in Ibania. Ibunok's wife Bintang Sani became the president of Ibania becoming the first women president of Ibania, The army was planning to murder Bintang Sani and destroy the nation completely, Which in 1975 peace was made with Malaysia, Malaysia recognized Ibania and there was an Malaysian Embassy in Ibania due to Malaysian being the only country to recognize Ibania at that time.Ibania signed an treaty with Malaysia and a new Ibanian constitution was made. The Malaysian goverment gave 5,000 Malaysian ringgit to Ibania which value 45,000 Ibanian ringgit. Bintangor was reconstructed.

Malaysia gave Ibania some ships constructing the Ibanian navy , Malaysia opened an KFC in Sarikei and letting Ibania to customize the menu and an Mcdonald's which letting Ibania to customize the menu too. In 1983 Indonesia and Thailand recognized Ibania. Ibania had an economic rising in 1986 Ibania Airlines was founded and a bit of skyscrapers were planned to be constructed. The country almost got collapsed in the 1997 Asian financial crisis. Ibania survived the 1997 crisis which the country is currently developing. 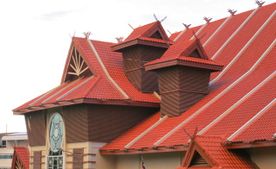 Ibania is an federated presidential republic. The head of state is the President of Ibania which the current president is Masir Kujat. The Legislative Council is divided into 3 seats. 1st is the Democrats 2nd is the Nationalists 3rd is the Republicans.

The voting age of Ibania is 18 years old. The Ibanian laws are made by President Dato Sami Ibunok.

Ibania is recognized by the US State of California , Indonesia , Thailand , Malaysia , Israel. It has an Embassy in Los Angeles , Jakarta , Kuala Lumpur , and Tel Aviv. Ibania have relations with Micronations which is Molossia , Sealand , Seborga , Republic of Hutt River , The Conch Republic , British West Florida , Aerican Empire. 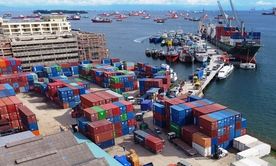 Ibania is an micronation that is currently developing, Ibania produces rubber which exports them to Sarawak in some districts, 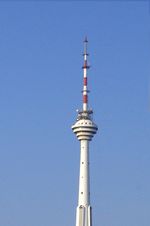 Ibania's only port is Sarikei Port which they do have trade and does trade to Philippines. During the late 1980's Ibania invested in building the Ibania Tower and some skyscraper's

The main road network of Ibania is the National Highway, Ibania is connected to the Pan-Borneo Highway, The capital Sarikei has an subway system which is Sarikei Metro. And the Ibanian Railroad which goes all over Ibania. The trains are Siemens Trains that was brought by Dari Sehan in 1997 which they focused on the Railroad first due to the 1997 Asian financial crisis delaying the subway route. Ibania only has 1 airport Sarikei International Airport. The national airline is Ibania Airlines which rarely appears at LAX airport.

The Flag of the Republic of Ibania consists the Bunga Terung which is the symbol of Iban People , The Red , Yellow , Blue Stripe is the flag of the Dayak Besar which it is an autonomous area where Ibans and Dayaks live.