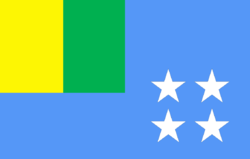 Chipitocoland had little administrative organization and existed mostly in name. As its founder, Rosales was typically assumed to be the Republic's leader, but no centralized government existed at any point during Chipitocoland's existence. The Republic claimed the Eastern territories of the Berinese Confederation, in an area near the Ayerove Palace, which served as the meeting place of the Berinese National Council.

The Republic of Chipitocoland was officially dissolved on 1 April 2012, when it became part of the Federal Union of Cizland as one of its three federal territories. Since the Republic's dissolution, Rosales has not participated in any micronational activities, though he is a subject of the Sabioveronese Monarchy.