From MicroWiki, the micronational encyclopædia
(Redirected from Prometheus)
Jump to navigation Jump to search

The Federation of Prometheus is a micronation located in Australia and England.

The earliest routes of the Federation can be traced back to the foundations of the state of Old Prometheus, then just Prometheus, in early 2009. Founded by the Viceroy its aims were to make a country where the rules were for the people, it actively opposed the European Union that had made England weak along with numerous laws that it claimed were against the people.

The federation quickly gained support from the local population and expanded with numerous states adding themselves to the cause notably Imladris, Dominance and the Time States, the military and government also expanded leaving the original system stretched and in need of reform.

So on the 13th May 2009 the Federal Government was officially opened, the Viceroy now sat as the speaker of the house with an elected Chief Governor and Governors from each state also seating. This lead to the first election in which the nationalist party leader Sgt. Christopher Kirby MFP, Governor for Old Prometheus was elected as Chief Governor of the Federation.

Whilst there were many who joined the efforts of the Federation there were numerous who were opposed to it. King Luke I was one of these and he didn’t keep it quiet. On the 14th June 2009 he declared himself King of the Transit Region and then declared war on the Federation.

Despite being a small and rather ridiculous region Luke had taken a large chunk of Dominance as his own and was well armed, knowing that Luke would surely try to take more land owned by the Federation the Viceroy accepted the war and readied a small force to recapture the land.

Early battles were mixed and messy, the few weapons Luke had were vastly superior to the Federation’s small arms and eventually the Federation was pressed back into their fort of Imladris. Tired and battered the now weakened Federation was in time of turbulence. Reinforcements were being gathered by Sergeant Ogilvie but they were in the village of Grange and Luke was on the attack.

The final battle, now known as the Battle of Dominance was a short but decisive shoot out, at approximately 17:00, King Luke donning his armour and armed with a SMG/Rifle air soft gun, two air soft pistols and an arsenal of melee weaponry approached the barricaded entrance to Imladris. On duty was the Viceroy, recently promoted Corporal Lord and Private Gibbs.

As he approached Lord, armed with a heavy duty rifle, opened fire sending approximately 40 AS rounds towards King Luke, slowing him but not stopping him as he closed in where, coming under fire from two handguns he received an armour penetrating shot to the face. This shot, the only known round to have penetrated the king’s armour had won the war, moments after he’d fallen Federation forces jumped over the barricades and captured him forcing him to sign a declaration of surrender.

The Luke War led to the following things being implemented throughout the Federation;

The Viceroy took the title of King of Transit and now uses it as his second form of address.

Dominance was restored with all its full lands.

A special medal for all those who served was issued to commemorate the war.

The equipment available to the army was increased to allow for at least 75% of the armed forces to have access to rifles and heavier weapons instead of the 28% beforehand.

Army training was edited to fix issues discovered during the war and better prepare troops.

The success of the war and the stories they circled around about it became well known knowledge and the Federation was gaining an endless amount of new recruits swelling the army’s numbers and drastically improving the small economy. Official estimates indicate a 240% increase in population growth and an 80% increase in the full army’s strength.

This growth showed that the Federation's power in England was now superior to the many small and weak micronations that were quickly absorbed into the growing Federations. It was around this time that preparations were made for expansion into other parts of the world.

This led to a quiet period of continued growth in the Federation; the economy was boosted as several small companies began including the government ran Federal Mail Service making the Federal credit (ċ) a widely used currency. The military also grew with several new squadrons being created to cope with numbers; notable changes included the creation of the Omicron Artillery Squadron armed with four paintball tanks and the increasing of ranks making Colonel the new top title. 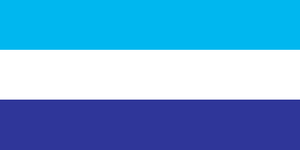 In the late summer two key expansions happened that deeply expanded the Federation, former Governor Tomas Myers relocated to America and quickly established New State for the Federation with himself as Governor, this was met with great celebrations in Britain with an American foothold now established the Viceroy aimed for Australia his second home.

In Australia they worked quickly within six months eight fully organized states had been founded, New Prometheus, the new capital had succeeded in conducting relations with local micronations and international events were already being run.

The government consists of the House of Governors and the People’s Senate. The upper house, the House of Governors is consistent of a governor for each state in the Federation, these governors are divided into political parties which are mainly the National Party, the Liberal Party and several others, and the winning party has its leader as Chief Governor and can appoint the cabinet.

The lower house, the People’s Senate consists of every citizen and is a chance for them to voice their opinions without going through their Governor. There is an elected Chancellor and Speaker who maintain order in the Senate and supervise relations with the upper house.

The Unions government is headed by the Viceroy who serves as the nation’s leader and speaker in the parliament. The core government is made up of governors for each state in the nation these governors are elected by the people and are normally representatives of a particular party.

The people’s senate is a free to join parliament for all citizens which serves as a lower house and is able to partially control any decisions made by the Government. In the power system it holds one vote along with the Government and Viceroy. To decide this vote over 55% of the senate must vote for one option.

The currency used by the Union is credits and units. This is directly tied to the Australian dollar being worth $2, although most English states use the old term of C1 to £1 which is virtually accurate at current exchange rates. The only money that has been printed was cheaply made laminated paper money in 10, 20 and the rare 50 units but current efforts for coinage are working well according to latest reports.

The High Court of the Union is the core judicial centre in operation, headed by the Governor for Justice. Aside from the High Court in Time there are two secondary courts, one in Imladris which is normally used for military affairs and one in Shardahn which serves as the core court for the English settlements.