The Principality of Cordrica founded on March 14, 2018 as a federal subject of the Popular Union of Occitania, and on October 30, 2018 as a Republic, and is located in the Cordillera Central in Colombia. 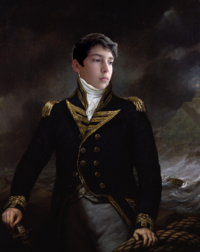 The name Gran Colombia refers first to the Great Colombia, as well as to the entities that followed. This was the name given to a group of 18th-century Republics in northern South America, where the Republic of Gran Colombia is located. Sirusia refers to Cyrus the Great, an ancient emperor. The current name, Cordrica, refers to Nicholas Randouler, who passed away on 3 June 2020.

On 7 March 2018, Millanian and Occitanian authorities came together with the aim of creating a federal Occitanian state in Colombia. One day later, a treaty was sign bewteen Millania and Occitania, it specifies that the Empire gives 1m² to the UPO in order to create a federal element. On 14 March 2018, the Republic of New Occitanian Granada was officially created.

In the subsequent aftermath of the dissolution of Occitania, officials from the Popular Union of Occitania, specifically from the Constituent Republic of New Occitanian Granada, declared the independence of the Second Federal Republic of Gran Colombia (Spanish: Segundo República Federal de Gran Colombia). This was due to the fact that the unstable government of Occitania was unsuitable for the political climate of the Latin-American state, and that the people of said state had enough of european rule. The Republic also annexed a small stretch of territory to its south, consisting of ten square metres of Territory formerly in control of the Principality of Andany and the Millanian Empire, but formally released by Millania and never annexed by Andany, leaving it open territory under no jurisdiction.

When the Republic signed the Second Millanian Act of Union, it entered into a union with Millania, Yochtia, Charlbrough, and the Benetian Tribes. It became a Princely Electorate, headed by a Prince-Elector. The Electorate was later renamed Sirusia, in honour of Cyrus the Great.

Traditionally, Gran Colombia hosted elections every four months. The first was organized one day after the creation of the republic. This practice is still in use, but the President of The Great Colombia no longer has any executive power, and serves a ceremonial role.

The Great Congress of Colombia consists of a single-seat legislature, one of which hosts the President.

At the moment, no local act has been established, and Sirusia uses a copy of the Millanian Nakjatsa.

Sirusia is located in Alcalá Municipality in the Valle del Cauca Department, on the Cordillera Central, central Colombia. The Lake Valencia is also located near the electorate. Sirusia is in the Colombian coffee growing axis, registered as a UNESCO World Heritage Site. 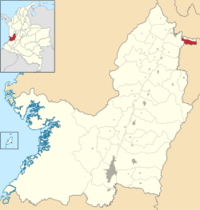