The People's Republic of Labotos, or PRL, is a territory based in the San Francisco Bay Area. 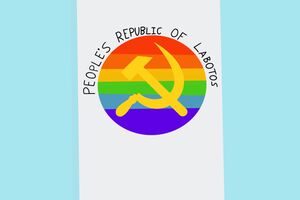 The flag of THE PRL

On November 1, 2021, the People's Republic of Labotos was founded. On Friday November 5 Labotos unified with The People's Government of Govina. 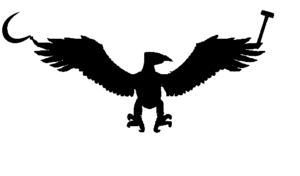 Indirectly, Labotos was greatly influenced by Molossia, an American Dictatorship and one I of the most well known micro-nations.

Starting on November 5, 2021 Labotos declared war on The Vatican and the city of Oakland. Both wars are planned to end within 6 to 8 months

Currently the Labatosian People's Republic is governed under the reign of the Communist Party. There are 5 seats in The Supreme Congressional Bench and General Pabst (original founder).

Although the congressional bench is made up of 5 people 1 of them is The President. 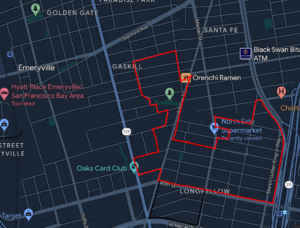 Labotos is located in the Eastern San Francisco Bay in the Pacific. It is bordered by the American state, California. There is an average temperature high of 69 degrees and average low of 50 degrees.

Labotos, like most micronations, has a poor economy. Due to the lack of infrastructure, workforce, resources, and recognizing trade partners creating a physical market is a difficult task. The latest efforts of the stimulate some growth.

The Marx square fund is a campaign running from Nov 25th 2021 to Nov 25th 2022 set to raise money for the state by starting various acts and bills across the country. Service will be provided to the USA in order to gain financial foreign aid. There will also be requests of donation.

The PRL looks to fund the ANTIFA group known as Antifascist Action. This would be one of the first acts of external funding.

The War of January 14th

January 14 War was declared on Labotos, The micronation having 10x smaller than the PRL quickly backed down and gave up all cities. 5 shots were fired over the course of 2 hours. This war erected a puppet known as the Socialist Republic of Honslo