From MicroWiki, the micronational encyclopædia
(Redirected from New Wessex)
Jump to navigation Jump to search

The United Kingdom of New Wessex (sometimes abbreviated as the UKNW) is a micronation located on the island of Great Britain, surrounded by the United Kingdom of Great Britain and Northern Ireland on all borders. New Wessex is an absolute monarchy ruled over by Declan I, II & V, and is situated to the east of the British city of Salisbury. Formerly comprised of two constituent countries, Wilcsland and Orly, the latter became independent again on 24 June 2013, leaving Wilcsland as the only currently remaining Wessaxon territory. Both Wilcsland and Orly were former sovereign states before entering into political union on 14 January 2012.

New Wessex is a "Fifth World" micronation with a score of 12 under the Boodlesmythe-Tallini System, and scores roughly 3.4 on the Categoric-Gradial/Linden's (Revised) System. New Wessex is an example of a nation at Political Stage II and between Economic Stage II and III on the Eight Stage Transition.

Orly was initially founded as a Caesarship, on 4 July 2010. Geographically close to the Empire of Austenasia and recognizing the suzerainty of its emperor, the Orlian population was comprised mostly of friends of the then Emperor Esmond III who had been inspired by supporting him during the Austenasian Civil War. The Caesarship split into two independent kingdoms later that month: Copan and the Grove. The Grove was ruled by a native leader, King Calum I, whereas Crown Prince Jonathan of Austenasia arranged for Copan to have Declan I made its King, with him governing it as the King's viceroy. Under the terms of the edict that had separated the Caesarship, Declan I became head of state of the Grove when its throne became vacant on 8 December 2010, and immediately declared the reunification of the two kingdoms back into an Orlian state, known as the Tsardom of Orly. The Tsardom survived as an independent state, with Declan I maintaining the loyalty of the population by appointing a local Viceroy and various native vassal monarchs to rule in his stead, until it was entered into political union by Declan I with the Kingdom of Wilcsland on 14 January 2012, creating the United Kingdom of New Wessex. Its epithet of Tsardom was dropped, Declan I being restyled King of Orly, and its local vassal monarchies were abolished while the viceroyalty was retained. The subkingdom status of Thebes was also abolished at this time, being completely integrated into Wilcsland.

On 12 September 2012, Markus II conquered New Wiltshire on behalf of New Wessex, creating the first overseas colony of New Wessex. He was appointed Viceroy of New Wiltshire by the King. On 17 November later that year, another colony, New South Scotland, was also annexed. Situated in Australasia, this gave New Wessex an empire on which the sun never sets until it was given to the Empire of Austenasia upon the ascension of Emperor Jonathan I.

On 24 June 2013, Orly became independent once more after dissatisfaction with the foreign rule of Declan I reached a tipping point. Declan I was deposed and Emperor Jonathan I appointed new native monarchs upon the request of the population. In mid-July 2013, New Wiltshire also left New Wessex, being forcibly annexed by New Israel. At some point shortly after the liberation of Orly (possibly later that day but certainly within a few months) the kingdom of Saqqara also lost its subkingdom status. 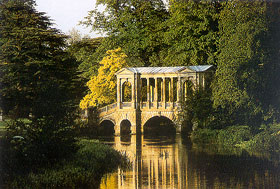 An area of Wilton, in Wilcsland

The foreign policy of New Wessex focuses mainly on the defence and expansion of the influence of the Wessaxon Monarchy. The nation had a military alliance with the Empire of Austenasia between 7 August 2010 and 7 August 2013, and informal friendly relations with numerous micronations in the MicroWiki Community, which began to be established in the Moylurgian Golden Period. Although New Wessex holds mostly informal relations with nations it has contacted, the following is a list of all nations with which it has established formal diplomatic relations:

Wessaxon culture is a direct continuation of the Moylurgian culture which existed between June 2009 and November 2010. A tolerant and artistic culture, it is based heavily on that of Ancient and (after the transition to Wilcsland) Ptolemaic Egypt, as well as its predeccessor state of the Kingdom of the Taklamacan. National symbols of Wilcsland include the lion and the flail. Wilcsland is also home to such monuments as the Wilcslandian Pyramids.