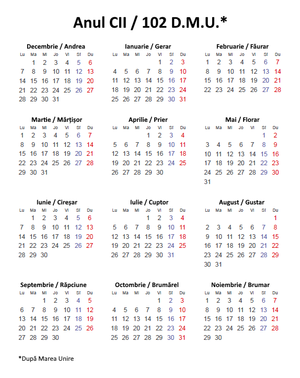 The Neo-Romanian Calendar is a calendar system used inside the Vlasynian Despotate. It was created by Ned Vodă on 6 December 2018 and officially adopted on the same date.

The traditional names for the months are identical to those in the Romanian Calendar: