From MicroWiki, the free micronational encyclopædia
(Redirected from Ned Vodă)
Jump to navigation Jump to search

Ned V., is a Romanian student, founder and former head of the Free City of Vodopol, as well as founder and former leader of the now defunct Vlasynian Despotate and the Kingdom of Romania in Sarandë. He was also one of the founding members and two emperors (and later, presidents) of Vlasynia-Dartiria, and even earlier he also founded and ruled the Empire of Enok between 24 October 2016 and 21 June 2017. He has reigned twice as Despot of Vlasynia: the first time between 21 December 2017 and 21 July 2018 (212 days), and the second time from 23 August 2018 to 1 August 2021 (2 years, 343 days).

At some point in 2016 Ned had the idea to create his own country. Then he discovered the various micronational communities and, after several unsuccessful attempts, on 24 October 2016/97 AGU (his 15th birthday) he created his first micronation: the Empire of Vlasland, with him as Emperor. During the existence of his micronation he never intended to establish any sort of diplomatic relations, instead wanting to focus on creating a colonial empire. In order to do so he started claiming different small pieces of land, at first in Bucharest and Romania, later in other parts of the world as well. Out of all of these claimed territories he only managed to colonize under effective control the island of Plumbuita (in modern day Plumbuita Province) island which was conveniently close to his residence. 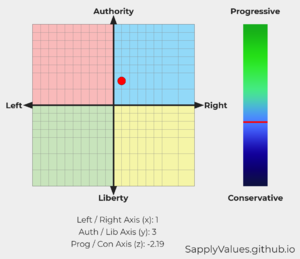 Some time later, in November 2017 Ned discovered the existence of several abandoned or defunct villages throughout the territory of Romania. He also realized that the closest one to him was a village called "Alexandru I. Cuza", located circa 30 km east of Bucharest. After seeing this he declared the desire of owning the village and the surrounding territories. As a result, he had the idea of creating another micronation on the territory of said village and the areas around it. After planning everything needed he created the "MickVlaas" Fandom account on15 December 2017. With this done, he created the page for his new proposed micronation: the Despotate of Vlasynia, with him as Despot. He originally gave himself the name "Mihai Vlăsiu", thus his dynasty gained the name "Vlăsiu". Then he immediately made plans for establishing alliances and diplomatic relations with other micronations. On 16 December 2017 he allied with New Rizalia, on 17 December he allied with Skywalkistan and PaLsia and on 18 December he allied with Alimia. Afterwards, on the night of 20 December [[2017]], he wrote the Official Declaration of Independence and signed it the next day, officially making Vlasynia a fully sovereign micronation. As a result he assumed the title: "Despot Mihai Vlăsiu", later changing his alias to "Ested Vlăsceanu" and title to "Despot Ested I" in January 2018.

Initially he acted exclusively within the Micronations Fandom community, forging alliances with micronations in said community, as well as becoming the founding member of the League of Micronations (LoMN) and leading it as its President for about a year, from January 2018 to January 2019. Internally, he started consolidating many aspects of his new nation, such as the flag, coat of arms, territorial administration. However, at this point in time, the Despotate still lacked overall professionalism.

After joining the Bucharest Union, a local union of micronations located in the namesake city, Ned adopted a much more aggressive and accelerated expansionist policy. In that regard, he annexed more land and later established several protectorates which, together with the Despotate itself, eventually formed a personal union known as the Divellian Union.

In 2019, Ned started the transition of slowly leaving Micronations Fandom and moving onto MicroWiki. On 20 July he replaced the Divellian Union with the organization known as the Union of Vlasynian States. Four days later, on 24 July, he also established a second micronation, the Kingdom of Romania in Sarandë. Afterwards, in September of the same year he successfully increased the Despotate's professionalism in an attempt to join the Grand Unified Micronational. For that specific purpose, he enacted the Realistic Reforms which gave away any unrealistic territorial claims that included massive populations that were unaware of Vlasynia's existence. To compensate for these territorial losses, he later started annexing massive uninhabited territories scattered through and around Bucharest, and later as far away as the Danube river on the borders with Bulgaria and Ukraine.

On 7 January 2021 Ned changed Vlasynia's name to Namadovia, while on 10 January he abolished the Union of Vlasynian States and replaced it with the Commonwealth of Vlasynian Nations and Domains. He later reverted the Despotate's name change on 7 February, when Vlasynian Despotate was adopted as the official name.

Throughout 2020 and 2021, Ned started implementing reforms which further shaped Vlasynia in such a way that it resembled an actual country more and more by doing the following, but not limited to: implementing a new series of administrative-territorial reforms, establishing new state institutions (the Council of the Armed Forces, the Council of Lords, the Consultative Senate, the State Tribunal, the Bureaus, etc.) and consolidating already-existing ones (), adopting insignia for each administrative unit, launching a website, establishing a state-run news outlet, the Codrii Vlăsiei News and adopting a constitutional document known as the Charter of the Vlasynian State.

In the the months of June and July of 2021, Ned entered the politics of the State of Vishwamitra, as well as the Republic of Istria. He entered Vishwamitran politics by being appointed as Minister of Finance and Minister of Law and Justice on 18 June and when he became part of its Privy Council on 16 July, while also entering Istrian politics when on 17 July he was appointed as both president of the USI party (Romanian: Uniunea Salvați Istrienii) (English: Save the Istrians Union), as well as president of Istria's Chamber of Deputies.

On 16 July 2021, Ned announced that on 1 August of that year he would permanently dissolve the Vlasynian Despotate, as well as the Kingdom of Romania in Sarandë and the Commonwealth of Vlasynian Nations and Domains. However, he didn't intend to leave micronationalism as a whole, as he wishes to continue his work in other nations.