The Ministry of War Information, also previously known as the Ministry of Bellic Information (Italian: Ministero per le Informazioni Belliche, M.I.B) was the military intelligence agency of the Federal Republic of St.Charlie. It was abolished while the Republic was at peace.

The MIB was founded in February 2009 to provide the Federal Republic with an agency capable of investigating and acquiring military intelligence to safeguard the integrity of the Republic, within a framework of counter-espionage. From its founding to August 2009, Leonard Von Sternberg served as the Ministry's first Executive Director.

From August 2009 to May 2010, the position remained vacant; when the Schneider Reform was approved by the Parliament, the MIB was decommissioned and the role abolished. The MIB can be re-established in times of National Alert and will work closely with the St.Charlie Armed Forces and the Federal Police to ensure internal and external order. Minister of Defense Von Sternberg is set to take over the MIB if re-established.

The Schneider Reform also dealt with the sensitive documents protected by the MIB. With its abolishing, all data relative to the interior of the Republic passed to the Ministry of Home Affairs. On the other hand, all military, external or secret documents were retained by the MIB, to be stored in a vault should they be needed in the future. 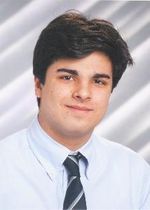 Leonard as Director of the MIB