The first and current flag of Mentia

Mentia is a realm of Republic of Theodia. At its time of founding, it was a region Theodia cessioned from the Republic of Underwoodia.[1][2] Mentia was founded on 2011 October 19, and became a realm on 2013 June 2.
This article was current as of 2013 July.

'Mentia' was likely derived from Latin 'mentis', meaning 'of the mind'; and the suffix '-ia', to connote location. 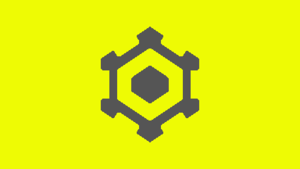 The second flag of Mentia

Before Mentia was a Theodian region, it was an independent and sovereign micronation, the Republic of Underwoodia. Underwoodia was founded by Erasmas Underwood, now Axel Nielson, on 2010 December 8.
During the Underwoodian Era of Mentia's history, population fluctuated. Originally, Consul Underwood was the only citizen, but it was not long before family members and a few friends joined. Most of these citizens were not active, though, so Underwoodia decided to change citizenship laws to only include those who had formally applied for citizenship. This brought Underwoodian citizenship back down to only a couple members by the time that Mentia was created.
For much of its history, Underwoodia was largely isolationistic and had virtually no foreign policy. Eventually, Underwoodia joined the OAM and began to forge treaties with other micronations. The first nation that Underwoodia had formal relations with was Theodia. Underwoodia's relationship with Theodia was fairly close, and after nearly a year of slowly gaining recognition and influence, Consul Underwood decided to seek membership in Theodia, where Underwoodia ultimately became the region of Mentia.
After negotiations, the Republic of Underwoodia gave up its sovereignty and joined the Republic of Theodia as 'Mentia' in 2011 October. It was originally designed more as a community than a location, and was responsible for a notable increase in activity in late 2011. At the time, rather than claiming physical land, Mentia "[operated] through forums, blogs, social networks, etc."[citation needed]
The primary website created to facilitate this was the Mentia Online Social Network.[3] Mentia Online, however, was more than just a social network; it also provided users with a full forum, a blog, and a chatroom. The Mentian web sites were not closed to non-citizens, and anyone was able to sign up and participate.
Mentia planned to become a 'Social Government', an application of John Locke's social contract in society at large, beyond mere government.[4]

Axel beside a Theodian flag

On 2012 September 19, Axel_Nielson took hir own life.[5] It is not understood why, except that se had been struggling with depression for years and finally gave in. It was a sorrowful time for Theodia and the intermicronational community, and the virtual end of Mentia as an active province of the Republic of Theodia.
In early 2013, Quing Sweyn78 decided to reapportion Mentia to the Minecraft space, where it was to be the province of the Theodian capital city, Lemuria. On June 2 of that same year, Mentia was officially changed into a realm. 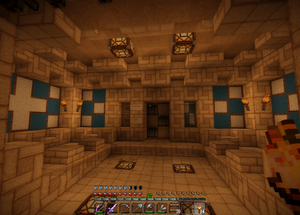 The entrance to Lemuria

Kyng Sweyn78 started the Minecraft Initiative in early March 2013, the goal of which is to construct a capitol city for the country. After much thought and planning, it was decided to locate the capitol in the middle of the ocean, both for ease of construction and parallels with real life; if Theodia were to ever expand on any real land, it would likely be via seasteading. The capitol went without a name for some time, and Sweyn78 started referring to it as "Lemuria" temporarily, at first, but it has since become the de facto name of the city. Lemuria was also the name of a mythical city in Golden Sun 2 and was accessed via water in the Sea of Time. Lemuria, Theodia, although online, is not a part of Mentia, but is instead its own regional entity.
The city is highly planned, with several important pieces of infrastructure. In the city center, the City Hall resides to the north, the Union Station to the east, the Pantheon to the south, and the University to the east. Beyond the university lies the fancy housing district, an area where only established architects with a clear vision are allowed to build. North and south of the city center are the regular housing districts, where there are in effect several minimal building codes in an effort to keep things looking nice. To the east of the Union Station is the Shopping Center, which is where the various businesses of Lemuria will be located. It is connected to both regular housing districts. Further eastward is the Industrial District, which is the heart of the city's production. Here are grown and produced crops and wares of all kinds, for sale at the nearby market. The far east of the city is the home of the City Power and Waste Processing facilities. From here, wires flow out to the varied infrastructure in the city, powering them in one of two ways: always on, or on at day or night. The waste processing plant, whose core is located below the seafloor, is the final destination of the many sewer lines in the city. It cleanly disposes of garbage in its giant furnace. The entire city is several blocks above sea-level, and can only be entered by way of train (routes lead to WinterHaven, Lethos, and the nearby fishing pier) or boat. The city may be entered by boat from any cardinal direction. Once through the gates and at the dock, visitors need only ride in an elevator to reach the city's center. The four entrances, however, are protected by a heavy portcullis at nighttime, so visitors must come either by day or take a train.
The city is still an early work in progress. It is being developed using dirtframing, which allows the architect to easily visualize and modify the project without having to use expensive and time-consuming materials until the final build. It is hoped that the city will serve as a center for Theodian language and culture, as well as considerably boost activity.
Residents of the city must hold citizenship in the Kyndom of Theodia. Businesses, however, do not have this restriction. Nor do those who build in the fancy district.
Since Minecraft costs money, it is not required for Theodian citizens to participate in the capitol city. Kyng Sweyn78 hopes that the city can someday relocate to an open source or a free-as-in-beer program with a similar feature-set so that all Theodian citizens may participate.