Matthew Pio Paul Tonna GSGS KCL GCOMG KCBT ODF CGC ѠД MP (Melit., Vish., Novus H.), (commonly known as Matthew Tonna in Melite, Count Tonna in Vishwamitra, and 1st Duke of Mauberg-Courrac in Norton), is a Maltese micronationalist and one of the founding fathers of the Democratic Christian Federation of Melite, being its second President from 27 September 2021 until 8 June before his resignation, to allow the first presidential elections in Melite to proceed. He was re-elected on 11 July 2022 as the first democratically elected President of Melite after federalisation. He had served that office in an acting capacity between 1 July and 27 September 2021 before then. Apart from his active role in Melite, he is the Prime Minister of Novus Hierosolymis, and pending to be appointed Chancellor of Begon.

Matthew Tonna was born on 26 May 2005 at St. Luke's Hospital in Pietá, Malta. He is a resident of Rabat, Malta and he is the oldest of two boys in the family. He is a devout Roman Catholic, a non-violent Christian nationalist and a National Catholic. He also slightly favours the restart of the Kingdom of the Two Sicilies and Malta's re-incorporation in it.

Being a fervent Roman Catholic from his childhood, he always leaned towards the right-wing political spectrum favouring Christian Democracy. However since mid-2021, he started sympathising with Francoism, Falangism and National Catholicism, etc., ideologies thus going farther to the right. The two parties he founded, the Christian Nationalist Party and the Falange Dungailliamha, located in Melite and Dungailliamh respectively, reflect these ideals. He is a staunch pro-life advocate opposing abortion in all circumstances.

He considers Ġorġ Borġ Olivier, Fortunato and his son Enrico Mizzi, Monsignors Enrico Dandria and Ignazio Panzavecchia and to lesser extents Fransisco Franco as his influences in politics.

In macronational politics, he is a supporter of the ultra-conservative faction of the Nationalist Party (mt. Partit Nazzjonalista). He has voted for and supports the People's Party (mt. Partit Popolari) and its Euroskeptic, anti-immigration stances.[1]

In his personal time he likes listening to Gregorian Chants with his favourite two chants being "Christus Vincit, Christus Regnat, Christus Imperat", and "Salve Regina". He also likes to experiment with new ideas for flags as an amateur vexillologist.

Matthew Tonna was involved in micronationalism for the first time while pursuing his secondary school education, when during an English class the topic of Sealand and Danny Wallace's BBC Documentary on "How to Start Your Own Country" were brought up. It was then, when along with his classmates André Mifsud and Eman Chetcuti, he took to form the Democratic Christian Republic of Melite in 2019 which was then known as the "Democratic Communist Republic of 11B. He was elected as the President of the nation on 27 September 2021 after serving in a caretaker capacity between 1 July and 27 September 2021. Apart from his role as the President, he is also the Chairman of the Christian Nationalist Party. His period saw the introduction of multi-party democracy and an active and efficient Melitian Parliament.

A Bill 08/2022 on Federalisation and Vice President of Melite drafted by Thomas Jacobs in the Parliament of Melite was passed, Tonna took the opportunity to call for fresh elections. In a letter he wrote to Melitian citizens and the micronational community, he stressed that Melite's Christian spirit will not fall but "we will affirm them (the loyalty to the Cathecism and religion) in an even stronger vow".[2]

Tonna was elected for the first time in July 2022 and is the first President of Melite and Fgura to be elected democratically for the whole existence of either three Republics, namely the Democratic Communist Republic of 11B, the Second Democratic Christian Republic of Melite, and the Federation. He has served this office since 13 July 2022.[3]

Apart from his pro-active role in his founding micronational project of Melite, Matthew Tonna is highly active in the State of Vishwamitra where he serves in several important positions. Tonna was first associated with Vishwamitra in terms of diplomacy between Melite and Vishwamitra but soon became active and opted for citizenship in the nation. He was offered to become the Vishwamitran Ambassador to the Republic of Malta and was formally appointed as the first and current office-holder on 22 October 2021.

After having served as a diplomat for about a month, he took keen interest in the politics and later associated himself with the ruling National People's Congress (until the party's dissolution) and was soon made the party's candidate for the by-election to the National List parliamentary constituency of the House of the People which felt vacant with the departure of former opposition leader and now disgraced David Brooke. Matthew Tonna defeated his rival and Social Democratic Party candidate Kaarel Luikmel with a handsome margin of 70-30% of the Kamrupa State citizens' vote and was elected to the Parliament. In a surprising move, he was nominated to serve as the Speaker of the Lok Sabha on 22 December 2021 and was unopposed elect to the position.

After around a year, on 17 January 2023, Tonna put forward his resignation to the House of the People, citing general scholar stress and personal reasons. This was accepted by speaker Arthur Lacey-Scott almost immediately. The next day, 18 January, the Rashtradhyaksh conferred on Matthew Tonna the Royal Service Medal through Royal Decree No. 259.[4] This was to be considered the point where Tonna retired from Vishwamitran politics, however he has kept serving the office of Administrator of the Overseas Territory of Rabat-Mġarr, and the office of Vishwamitran Ambassador to Malta.

Tonna became a citizen of Roscamistan on 14 February 2022, and he was elected to the Chamber of Representatives in the April 2022 Roscamistan Chamber of Representatives election on 18 April 2022. On 19 April 2022, Tonna became the first Minister of Information since Marykate Keenan was sacked on 1 November 2021, and also became Vice President Jacob’s favourite for Majority Whip. In a cabinet reshuffle, the Ministries of Education, Information and Propaganda were all merged as the Ministry of Public Education, with Tonna as first Minister of Public Education. In the Fourth Jacobs Cabinet, he was promoted to Justice Minister, and after Rafe Burfield's resignation as President of the Chamber of Representatives in late July 2022, Tonna succeeded him in his capacity as Deputy President.

Matthew Tonna is currently serving as the first Ambassador of Duckionary to the Republic of Malta since 18 October 2021 and is also the Minister of Media in Pontunia, serving in the cabinets of Chief Ministers Alexandre Olivier and Addison Dillon.[c] He is also a citizen of Georgienstine, a member of its National Congress and its Speaker since September 2021. He is an active member of the ruling party, Georgienstine First.

He has also briefly served as the Deputy Regent and Acting Chief Justiciar in Nichensburg between 20 and 28 November 2021 and is a former Senator in the Pinangese Republic as well. He is the current Chief Minister of Dungailliamh.

The League of Independent Nations

Tonna applied for his micronation Melite to enter in the League of Independent Nations in the late summer of 2021, when he decided to commit himself fully to micronationalism. He is credited with drafting and proposing the Media Department Act, 2021[5] which was successfully passed with 6 votes in favour, none against, and only 2 votes of abstention. He also ran for Mediator General, opposing incumbent Tyler Mullins of New Athens, and Alexander I, of Cimbrun. He came third with 3 votes, with Mullins winning re-election. He also ran for election to the office of Head Chairman of the LIN, but had withdrawn from from the race, because of circumstances not allowing him to run.

Honours of the NAM 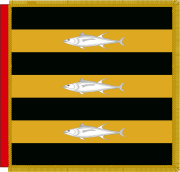