On 29 November 2021, a group of Todt citizens of ethnic Turkish background declared independence from Todt Hill to form the "Caliphate of Staten Island". The Caliphate has shown hostility to both Todt Hill and Ausveria and is active near the Todt capital of New Lavallette as well as within the sphere of influence of the Ausverian Province of Neu Memelland. On the 30 November a series of skirmishes occurred between the 1st Infantry Division of Todt Hill and CSI forces near border with the Ausverian province of Neu Memelland resulting in a Todt victory. 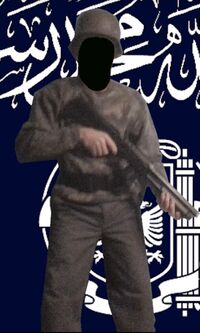 On January 31, 2022 the Federal Republic of Todt hill officially dissolved with much of it's territory being annexed by the Staten Island Caliphate with the exception of New Lavallete which became a semi autonomous region of Ausveria.

On March 24, 2022 the leaders of Ausveria and the Republican Dictat of Ronkonkoma reached a ceasefire due to the Lavian Secession Crisis affecting Ausveria with Sean Mankowich stating "The Republican Dictat of Lake Ronkonkoma would like to formally declare it's formal support of the pacification of degenerate, heretical, and recidivist elements in Ausveria and that the Dictat will give full diplomatic and military support to Ausveria against the Islamists attempting to spread a violent religion within the rightful Ausverian territory of Neu Memelland" Following the conclusion f the war, on May 9, 2022, the leaders of Ausveria and the Republican Dictat of Lake Ronkonkoma jointly declared a state of war against the Confederation of Malus. The operation which followed involved the occupation of the Malusian districts of the Autonomous Satanic Region of Malus, which was claimed by Ausveria, and Novum, which was claimed by the Republican Dictat of Lake Ronkonkoma. Several hours after the announcement of hostilities; the Federation of Klausland announced it's entry into the war on the side of Ausveria and the RDLR. The Confederation of Malus responded in an address, stating, "There is clear religious subtext in this war. Three Christian micronations deciding to engage in a hostile takeover of their peaceful Satanic neighbor. This should not be something that is tolerated in the micronational community, however it is." The continuation war became known as the Veterans Park War.