The Kingdom of Wynnland, simply known as Wynnland, located in the central part of the atlantic coast, is an independent state that claims sovereignty. It was established as an independent state by a group of friends with the intention on establishing an independent Monarchy in North America. These group of friends would officially declare independence in 2020. Wynnland has yet to receive recognition from any UN member states. Following independence, Maximilian von Meister was unanimously elected to become the Monarch of the country. At first, he ruled as an Absolute Monarch with unchecked power until a constitution was ratified. Maximilian became a Constitutional Monarch and defended the idea of democracy within his domain.

The Government of the Kingdom is constitutional monarchy with a parliamentary system, defined by the Kingdom's constitution. The current monarch is King Maximilian, who has ruled since Wynnland was founded on 2 June 2020. Wynnland's official capital is Doggenburg. Other cities include; Waynesbury and Rajstadt. Wynnland has a small-services based economy, much like many other micronations. Most of the income generated by the government is through voluntary donations. Most citizens work outside of Wynnland and import goods from their respective macronations, allowing for Wynnland to have living standards expected for a developed country. 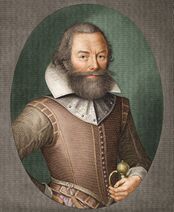 John Smith, one of the first Europeans to set foot in what is modern day Wynnland.

Long before Wynnland's establishment, in 1606, Anglo-Saxon Colonists set sail with a charter from the London Company to establish a colony in what was considered the New World. In this New World there were already pre-established Indigenous nations, with one of the most famous ones being the Cherokee. In 1607, the Anglo-Saxon colonists would establish Jamestown, which is 20 miles from modern day Wynnland. Jamestown would be the first permanent British settlement in North America. John Smith would lead the English in exploring the territory around Jamestown. This territory would become known as North America.

In 1776, the British Colonists would declare independence from Great Britain. They declared independence over taxes that were imposed by the British government on the American colonies. The colonists would establish their own independent system of government known as a Republic and wage war against Great Britain in order to protect their freedoms. The colonists would appoint George Washington to lead the Continental Army. Washington would win decisive battles at Trenton, Princeton, and Yorktown which would secure The Americans, as they would soon be called, victory in the conflict. With victory in their hands, they would force the British to recognize their independence with the Treaty of Paris in 1783.

In 2014, Maximilian von Meister would move to the modern day location of the Kaanhafen. There he would interact with other children of the neighborhood. In the neighborhood, there were many different small tribes of children who would wage war against each other in order to take over the neighborhood. Some of these tribes had names which included; Oxfordians, Stonewickish, Estaten, and Ketterlian. Each tribe had it's own Chief which was called "Leader". Maximilian decided to attempt to gain control of his section's tribe the Oxfordians. He strategically manipulated events by creating civil wars in order to gain full control over the Oxfordians. He would then use this power to establish a new state known as Oxar. Oxar would last for a few months before fizzling out.

Wynnland was founded on June 1, 2020 by Maximilian and Sudarshana Rajagapol. Soon after the first general elections were held with the Federalist Party forming a government. The Federalist administration was the first administration. It oversaw the expansion of Wynnland's territories and the growth of the population to 45 citizens. The Federalists established basic laws, finished the adoption of the constitution, and helped Wynnland establish itself internally. The Federalist Party leader and Prime Minister at the time, Carter Wilson, was granted a hereditary noble title. This act of the crown, was the first elevation of an individual to an aristocratic title. Federalists continued to nationalize the government.

In August 2020, inactivity began to plague the nation. The cause of this inactivity was blamed on the current Federalist government and a vote of no confidence was filed against the Federalist government. The second general election was held on 16 August 2020. This general election had the lowest voter turnout in the history of the country with only four votes being casted all together. The Socialist Party formed a minority government headed by Jack Kaufmann. Kaufmann promised the Wynnish people in growing the country into a strong and large nation. Later that year, the King issued a royal decree dissolving the House of Commons and establishing a unicameral Parliament with a House of Lords. This Parliament would soon fail to provide sufficient activity and in December, the King called for a general election scheduled for January 8, 2021.

On January 8, the third general election in the country's history occurred. Wynnland voted in favor of a pro-monarchist government, certifying the crown's efforts to expand and imperialize. The Monarchist Party then renamed itself to the Conservatives. The Conservatives introduced some legislation that provided the Monarch with more power and thus more work. The government fell into inactivity which led to an inactivity crisis. A snap election was called which ushered in a new government to take the reigns.

Gabriel Sebastian and his Social Nationalist Front received a majority and mandate from the people to form a government, they did so on February 13, 2021. The Social Nationalist government was by far the most active government in the history of the country. It provided legislation and successfully reformed the foreign policy of Wynnland. Government structure was immensely reformed during this period. Power transferred away from the nobles and more into the power of the members of Parliament. But on March 12, 2021, the party had internal fighting which caused a schism in the government. May Cambridge, the Speaker of the Unterhaus, left Wynnland in protest. Sebastian would resign as Prime Minister 2 days later. An emergency government was put in order. This trend of governments rising and falling in quick succession would continue to occur. The Libertarian Party would quickly rise to fill this power vacuum, led by Aidan Fritz. But, Fritz could not hold onto power for long.

The old constitution of Wynnland was deemed inadequate and reform was needed. Therefore a constitutional convention was held. However the convention failed to produce a proposal for a constitution due to arguing and inactive members. Therefore Maximillian dissolved the government and drafted a new constitution. It was unilaterally adopted by Max on January 18, 2022 and took effect on the same date. Elections were schedueled for some time in February, and until they could be held, a government of national unity was appointed, headed by Milaw Oakforrest. Oakforrest's government propelled Wynnland towards new heights with the establishment of three ministries each dedicated to the different sectors of political, social, and economic life within Wynnland.

The Kingdom of Wynnland is a diverse and active government. The Wynnish government is divided into three branches; executive, judicial, and legislative. Each branch has specific responsibilities that are mentioned in the Wynnish constitution. Each branch has a presiding officer. For the Executive branch, the presiding officer is the Wynnish Monarch. The judicial branch is led by the Chief Justice. The legislative branch is led by the House of Representatives and the Chancellor of the Wynnish Realm.

Wynnland is located in the heart of the North American area of Virginia. Wildlife is abundant along with many different types of plants and animals. Many lush forests appear around the capital of Doggenburg. To the west of the country lies the Blue Ridge Mountains which are old and rounded with a blue tint giving them their name.

The culture of Wynnland has been influenced by many factors including: German heritage, it's history relative to the establishment of the Monarchy, as well as having influence from other cultures aroudn the world. As a result of the Wynnish Empire, Wynnish influence can be observed in the language and culture in it's many colonies. This sphere of cultural influence is commonly known as the Wynnsphere. The substantial cultural influence of Wynnland has led it to be described as a "culture with a state". 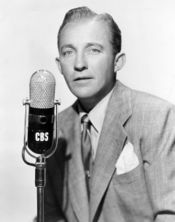 Subjects of His Majesty enjoy all types of music, but many prefer the old styled Swing Style of music. Citizens enjoy listening to these classic tunes whilst doing daily routines, going to the gym, or working. Some of the artists that citizens enjoy listening to are Bing Crosby, Frank Sinatra, Benny Goodman, Dean Martin, and Glen Miller. Many citizens have a history in music. Some Wynnish singers include His Majesty and the 1st Baroness of Lynnshire.

The national a itself was first recorded in the era of the jazz swing era, though its not jazz nor swing. Die Wacht am Rhein is a German marching song used by the German Empire and the Wehrmacht. Die Wacht am Rhein was picked as the national anthem's melody because of it's historical emphasis on the Rhine where the King's family originated from.

Art, as a form of media, is relatively abundant in the Kingdom. His Majesty draws graphic art online for a video game called ROBLOX. Computer Graphic Art is not only an art form in the Kingdom, it is one of it's major businesses. Graphics art helps fund the Kingdom's annual budget and helps with the creation of propaganda. The King Mother is also a retired artist. Her Highness used to draw pictures of dogs, apples, or other objects around the Royal Palace.

Most citizens do not play sports per say, but they are avid sports fans. Some of the most watched sports in the country are American Football, Football, and Basketball. His Majesty used to play Basketball when he went to private school, but has since moved onto different hobbies.

The Kingdom of Wynnland is divided into 3 Provinces.