The Kingdom of Vian is the sixth territory to join the Nemkhav Federation, joining the nemkhavs on July 22, 2011. It is run with an absolute monarchic system, the Aulic Council serving as an advisory board

The area that would later become Vian was originally settled in 1788 by John Cleves Symmes and a few others as Losantiville. In 1790 Arthur St. Clair renamed Losantiville Cincinnati, in honour of The Society of Cincinnati. Skippining ahead a couple of generations Sir Samuel I would lead a small revolution declaring independence for his and Sir Nikolkaj I houses.

From June 1, 2010 to July 15, 2010 Vian would be reformed into a Federal Republic. The monarchy had no supporters and The Federal Republic brought in a change that was accepted by all as a good thing.

Officially "The Vianese Executive Election 2010", the positions of Prime Minister and President were up for grabs. Samuel I and Nikolaj I ran against each other for the position of Prime Minister, Samuel I running as a candidate endorsed by the liberal Leftist Party of Vian, Him being the Chairman of the LLPV and Nikolaj I running also as an independent, however he ientifies with The LLPV. Justin I and Tanaja I were the only candidates running for president. Nikolaj I and Tanaja I won the elections, with Nikolaj I winning by one vote and Tanaja I winning by over 5 votes.

On November 16 2010 Vian was accepted into the commonwealth as a territory (under the name of Tammarack) and a few days later submitted a Federationship request to the St. Charlin Parliament, but due to email issues it was not received until late January, 2011. Samuel I was notified of this and waited for a reply but it never came. On April 4, 2011 Tammarack seceded from the commonwealth due to old citizens like Nikolaj I expressing wishes for a new state.

After Seccession a few old citizens rejoined, rising the citizen count to 8. 4 Provinces were formed. After a survey was held the a survey was held on the new constitution and it was deemed "to complicated". After the results came in and a short conversation was held with a few citizens it was decided that the state would transition to a Rennie-Gaffneyist Socialist Democracy. A Transitional Citizens Council was formed to vote upon the new constitution, which is composed of all citizens. On May 27, 2011 Escitrar became a kingdom. The Parliament passed many laws concerning succession, knighthoods and nobility to name a few.

Vian is governed by an absolute monarchy under the rule of Samuel I, King of the Vianese. The Aulic Council serves as an advisory body and the Royal Court is composed of all Royals and Nobles. Most everything is under control of His Majesty, however foreign affairs are now under direct control of the Nemkhav Government. Also, the Vianese military is considered part of the Nemkhav military.

The Vianese military is a work in progress, with many different forms and organizational styles being discussed, however none have been formally introduced yet. 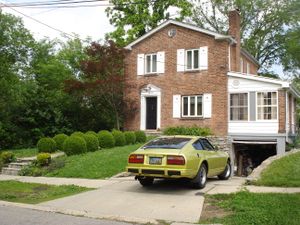 A view of the Royal Palace in Anno from a US street.

The territory is about 75% developed with a medium sized brick house (The Royal Palace) dividing the two main areas of the territory, The Eastern and The Western Portion. The western portion has a stone path lined with bushes that goes through it. The WP borders a US railway and a US street. The WP is composed of about 80% grass. The EP is the most interesting of the two and contains a fish pond, a small pool, a wood-fired bread oven, a chicken coop, vegetable gardens, Aether Square and a large hedge and stockade line that marks the USA - NF border. The EP is composed of about 40% grass. The Royal Palace lies between the two portions and is the residence of The Aether King and the Royal Family, meeting place of the High Council of Anno and capitol building for the City of Anno.

The main revenue bringers in the nation are taxes and farming exports. The nation de jure has the Nemkhav Mark and US dollar in official use, however no Nemkhav marks have been minted within the nation as of yet, so de facto the Nemkhav Mark is not in use.Discussions have also opened up about the possible introduction of the Vianese Krone, however this will be shot down if the final draft of the Nemkhav Constitution bans statial currencies.

100% of all citizens are litterate in English, 2 are semi-literate in latin and 4 are semi-fluent in german. The population enjoys plaing video games, military reenactment, roleplaying, military sport and airsoft among others. The official civilian and military salute is to stand at attention and cross both of your arms over your chest.

The nation is a strong advocate of protecting the enviornment. The people are also very pro-choice and pro-secularisation of the state. There are little to no conservatives within the nation, the King himself being very far left.

Religion has never played much of a part within the nation, there are no official religions. The main religions are:

There has always been atleast one media network within the Kingdom, however it has changed to many times to post it here. Soon, a documentary will be made featuring Vian and also a weekly news station is to be set up.