(Listen) (help·info)), more commonly known as Terrerité, claims to be a sovereign state, in the category of micronations, which mainland territory is located in Chile, South America with enclaves in Brazil and Monaco.

Terrerité was founded on 6 February 2021 by a group of three university friends, lawyers, communicators and politicians under the idea of the freedom to choose your own nationality if in disagreement with the decisions of the nation you were born. The Kingdom's form of government is a Judicial Monarchy in which the current monarch Ignis Audeladroit I has the executive and legislative power while an independent organ, the royal high court of justice of Terrerité, is the head of the judicial power.[1]

The kingdom consists of 5 territories scattered in the eighth and sixteenth regions of Chile within which the different administrative activities of the Terrerité take place, such as the tobacco harvest and the tasks of government administration.

Terrerité is a combination of 2 french words, terre and verité which means earth and truth respectively. Therefore, Terrerité means the land of the truth thus being an allusion to the idea of ​​Terrerité, a nation in which the facts are the ones that guide public policies instead of lobbyists and pressure groups.

The other four administrative regions of the kingdom of Terrerité have by name a combination between the prefix terre and some characteristic of the land in its french translation such as the existence of rivers for Terrivier, hills in Terrateur, darkness in Terrombre and, in the case of Tebrrûlé, the fact that it was acquired by the Terrerité government after the fire that swept through the land.

The germ that would later engender Terrerité is rooted when 3 university companions, among whom are currently King Ignis Audeladroit I and the president of the royal high court of justice of Terrerité Lord Alejandro Negropezau, who got involved in the micronational community of Sealand [2] acquiring a noble title. As lords of Sealand, the three founder fathers started planning and own nation to rule with logic, liberty and lust.

The third's founder father name it's only known by Ignis and Alejandro who have not revealed the identity of their partner due to the fact that he stated the desire to remain anonymous. After his death in 2020 due to COVID-19, the rest of the founding fathers decided to start the Terrerité project, thus always respecting the will of the deceased to remain anonymous.

Each original member of Terrerité proposed a value to serve as a conceptual pillar for the nation. Alejandro brought freedom, wanting to claim his heritage as a person of colour, Ignis built the logic in the country by proposing a nation free from biases where religion, tradition and traditional political ideas did not dictate the laws but instead were logic, science and the truth the values that exalted the nation, finally, the third founding father decided to add lust as a pillar, understood not only as sexual liberation but also as elegance and sophistication.

The Political Constitution of the Kingdom of Terrerité was written and promulgated the 6 February 2021. The establishment of the terreritan constitution has also proclaimed the independence of the kingdom of Terrerité against The Republic of Chile and, on the same date, the coronation of King Ignis Audeladroit I took place. The coronation started with a speech from the founder member Alejandro Negropezau, on which was read the full text of the recently promulgated constitution, and ended after 45 minutes with the oath of the king Ignis Audeladroit I.

On 24 May 2021 was added to the kingdom of Terrerité two new territories that were purchased from the State of Chile which added the total amount of 10.931,60 m2 which represented a total increase of 232.66% of the originally claimed as an independent area territory. Both lots of lands were located in a different region than the one in which the terreritan capital is, specifically in the countryside of the XVI region of Chile.

Terrerité is the first judicial monarchy established worldwide. The Terrerité judicial monarchy divides the executive and legislative power on one hand and the judicial power on the other. The king acts as head of state and government concentrating for itself the executive and legislative power, in turn, the royal high court of justice of Terrerité is the main counterweight to the monarch, attributing the judicial power to it. The citizen lead foreign affairs council is in charge of proposing, accepting and declining the recognition, alliances or treaties proposed to the kingdom of Terrerité but due to the nation early establishment it remains with no diplomatic relations with any other micro nor macro nations. Terrerité it's not associated with any broader micronational movement, organization or similar yet but has never closed the opportunity to do so.

The kingdom of Terrerité is in the second quadrant of the political compass, being an authoritarian and right-wing judicial monarchy. The government vigorously promotes money exchanges and how to generate profits through platforms such as Patreon and royalties from Spotify and Itunes.

Regarding the social spectrum, the secular character of Terrerité differentiates it from the conventional right. The kingdom does not enact religion as an argument on which to base its policies, the national government is pro LGBTQ+ rights and a constant promoter of the liberation of the right to possess weapons.

As prescribed by article 10 of the constitution of Terrerité, the nation has titles of nobility awarded to prominent citizens whose contributions to the nation are recognized by the government. In turn, to possess a title of nobility it is a requirement to be a terreritan citizen and this quality is obtained, upon application, with the letter of acceptance from the royal heraldic house of citizens of Terrerité and the designation of an own terrerita surname.

The 3 founding fathers of Terrerité are Ignis, Alejandro and The third a group of 3 friends, law students from the development university with the dream of building a nation that conforms to their vision of the world, the vision of a logical nation, free and of pleasures. The initial idea was that each founder father controlled one of the government powers, but with the early death of the third two of the powers, the executive and legislative, were concentrated on the king while the judicial stayed in charge of Alejandro.

Ignis Audeladroit is the current king of Terrerité, he was control over the executive and legislative powers and his contribution to the nation concept was logic. As a founding father, Ignis vision was to have a nation in which every law made sense and has a logical argument on which it is based such as truths that are verifiable by the senses and scientifically proven facts, he rejected all religion and traditional political parties biases in order to have a functional nation.

Alejandro Negropezau is the current president of the royal high court of justice of Terrerité controlling the judicial power of the nation. As a founding father, Alejandro envisioned a country for the free, where you have the liberty to trade as you want, say what you want and think what you want with the only restrictions being morals, good manners and public order.

The third founder father died from COVID-19 a year before Terrerité claimed its independence, he always expressed his will to stay anonymous and so his identity is unknown. His contribution to the nation was the lust understood as sexual liberation, the formal elegance of a monarchy and the good manners represented by the high class of citizens. He was intended to control the Terrerité legislative power.

On 16 May 2021 king Ignis Audeladroit I establishes the Terrerité defence council [4] whose jurisdiction corresponds to the entire Terrerité territory. 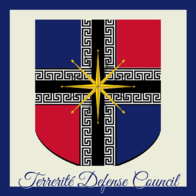 The powers of the Terrerité defence council are:

The duties of the Terrerité defence council are: 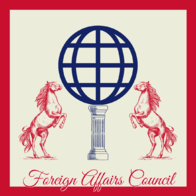 The powers of the Terrerité foreign affairs council are:

The duties of the Terrerité Foreign Affairs Council are:

The democracy index is an index compiled by the economist intelligence unit (EIU), the research division of the economist group, a UK-based private company. The index is self-described as intending to measure the state of democracy in countries and territories.[6]

The index is based on 60 indicators grouped in five different categories, measuring pluralism, civil liberties and political culture. In addition to a numeric score and a ranking, the index categorises each country into one of four regime types: full democracies, flawed democracies, hybrid regimes and authoritarian regimes.

The Terrerité government in 2021 has submitted to the questions that make up the EIU's democracy index; landed on a micronational theoretical framework, resulting in a hybird regime.

The climate in Terrerité is mild and generally warm and temperate. The rain in Terrerité falls mostly in the winter, with relatively little rain in the summer. This climate is considered Csb according to the Köppen-Geiger climate classification. The average temperature in Terrerité is 13.3 °C. The approximate rainfall is 839mm.

The kingdom of Terrerité has not participated in any war in its entire history. The terreritan government has established a non-aggression pact by which it is established as the only way to resolve intermicronational conflicts through an impartial judge. Even so, the nation of Terrerité has bought 5 compressed carbon dioxide pistols with pellet ammunition to serve both as sport and entertainment as well as to patrol the perimeter of the different territories of the kingdom.

Wars between micronations have no logic or sense and, therefore, Terrerité's weapons are not intended for it.

In April 2021 the kingdom of Terrerité implemented the royals arts, culture and sports programme under which had been developed multiple campaigns calling for young artists to work with the Terrerité government in the making of national propaganda, advertise and brand establishment logos. The government of Terrerité has worked with artists such as Beuclouds, 9rats and music producer Ty Harrington.

In a publicity effort, the government of the kingdom of Terrerité has communicated with famous figures who have influenced or who share the values ​​of Terrerité, making them members of the Terrerité nobility when they accept and respond to the offer. Thus, currently, the Spanish YouTuber Dalas and the dancer, choreographer and television star Abby Lee Miller are lord and lady of the nation respectively.