The Kingdom of Praugsia is a very small sixth world micronation completely surrounded by United States territory and claims complete independence from the U.S. It was founded for the second time on Sunday November 2, 2008 (2761). It is located in the Southern part of the state of Louisiana. Praugsia is a member of, and is listed in the North American Micronational Culture Organisation (NAMCO). 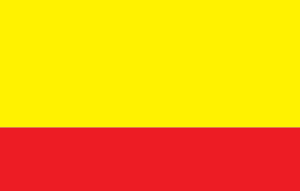 Flag of the Province of Gambichipsia 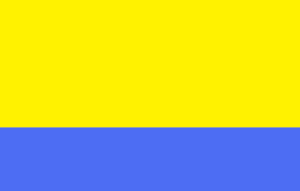 Flag of the Province of Compeauxdia 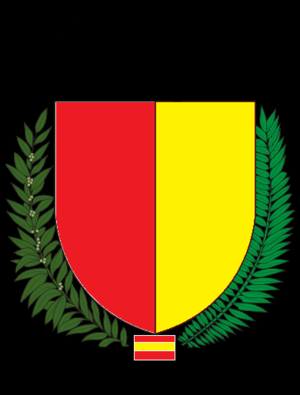 The Kingdom of Praugsia does claim a very small ammount of land. It claims only one bedroom. Praugsia is divided into two provinces. These are Compeauxdia and Gambichipsia. Below is a crude map of the kingdom:

Is the largest of Praugsia's two provinces. Compeauxdia is considered the "capital," although Praugsia is currently too small to have an actual capital. It is the western province

Is the smallest of the two provinces. Gambichipsia is where the Praugsian Declaration of Independence was written. It is the eastern province.

Every Praugsian citizen is required to serve in the military. The only military branch in Praugsia is the army. The small Praugsian military possess no lethal weapons, but has several airsoft guns.

As of now, anyone displaying flu symptoms is forbidden to enter Praugsia. This is a precaution to avoid infecting the kingdom with swine flu.

Praugsia has only one official citizen, who is also its king. His name is Paul Compeaux. Praugsia plans to expand in the future and acquire more citizens.

The Praugsian flag has three horizontal stripes. The top stripe is red, the center stripe is yellow, and the bottom stripe is red.

Praugsia's currency is the kiffla. A kiffla is simply an index card with a number representing the amount of money on it, and the king's signature. The reason for this is because Praugsia currently lacks the equipment to produce actual coins and bills. These kifflas can be used to purchase things in Praugsia, but have hardly any value in the U.S. Praugsia's kifflas are backed by silver bullion coins minted in the United States.

English is the most common language spoken in Praugsia.

The king knows a small ammount of Cajun French, but rarely speaks it.

Praugsia has a very stable economy that is heavily dependent on the economy of the United States. Citizens enjoy a high standard of living, like those of the U.S.

The first Kingdom of Praugsia was formed on 23 May 2006 (2759) by King Paul Compeaux. The nation consisted of one bedroom and one bathroom. The king later abandoned his micronational intentions due to private issues. The kingdom later re-emerged, dropped its claim to the bathroom, and is still very active today.

Cajun foods, such as gumbo, are popular in the kingdom, and are enjoyed often. Since there are no drinks invented in Praugsia, store bought brands are popular.

The Kingdom of Praugsia is Inactive.

Praugsia uses the Central Standard Time (Central Time Zone). However, the Praugsian calendar is based off of the year 753 BC on the standard calendar. The year 753 BC was chosen because this was the year that the city of Rome was founded. Therefor, the current year on the Praugsian calendar is 2763. The months and days are the same as the standard calendar.