Etymology The name "Maximilian" comes from the leader of the Minecraft Proto-Germanien Tribe of Civilization named Maximilian from Germanien. So that Maximilian was stood by King Maximilian of Hammonia and Realm of Germanien, or simply called King Maximilian I. Until now, this Minecraft version of the state micronized seed has been inaugurated since April 19, 2021 and is legally recognized as the Micronized State version of Minecraft, a Sandbox platform game.

The Hammonia Castle. Pioneer Building by the King Maximilian I

The history of the Kingdom of Maximilian has been told for a long time when the King Maximilian of Hammonia and Realm of Germanien, who we usually call King Maximilian I alone, was a Chieftain of the Minecraft Proto-Germanen Civilization and the forerunner of the entire Germanien Nation.

Before becoming the Kingdom of Maximilian, this country was the forerunner of the Duchy of Maximilian, when Duke Maximilian I (before King Maximilian I was a Duke) founded the first State of Proto-Germanien. It is to these origins that Maximilian still uses the term Realm of Germanien because Maximilian is the name of the King himself for the sake of great respect as the Head of the Proto-Germanien Tribe. And the people must submit to the King. Otherwise the entire household would be destroyed according to legend.

The Beefshire Peninsula was the highest mountain mine in the Kingdom of Maximilian. Thus, was permits the neighbourhood in this Villages area and was approved by Government that there is no provocation whatsoever, so the Government will follow up if there is a wrong program or damage to the Mountain Ecosystem.

Politics in Maximilian is unlike any other micronized state. Maximilian is more different than other countries, it's just that Kingdom of Maximilian uses the Micronized version of Minecraft. Politics in the Kingdom of Maximilian uses a proportional representative system of an absolute monarchy electors parliamentary in which the King is the Head of State and Head of Government of all the Realm and Commonwealth of his colonies, while the Premier Elector is only the Assistant and Advisor to the Head of Government in the National Assembly.

Front Side of Parliament Building

The Kingdom of Maximilian has successively replaced the Duchy of Maximilian which I will write on a new page as this History of Germanien Tribes. 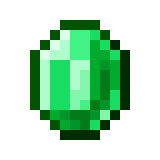 Maximilian Economy is a Planned economy and Barter economy. There is no Maximilian Official Currency, but the common currency used is the Emerald Mark, that i will write in new page. Even though the Maximilian Economy depends on an absolute political system, not all economies here do not have to depend on the Absolute system, but are also chosen cycles to depend also on the Economic democracy. 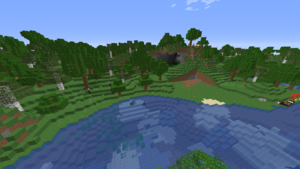 The Land Dispute Conflict that took place on May 16, 2021 has made the Maximilian Government announce a Ceasefire and remain in the position of Peace. In County of Westerberg, District of Hammonia, west near the Westerberg River, there is a pirate who wants to seize his territory to become a Pillager Outpost. The government witnesses this as a threat from the State, because in its position the area is the largest potential area for Kingdom of Maximilian Industries there. If it is seized, then the Maximilian Government will not go to war, but there will be big clashes there, because there are also Maximilianer settlers.