The Republic of Istria's Secret Service (RISS or Secret Service) is a governmental law enforcement agency under the Department of Security of the Presidential Administration charged with conducting criminal investigations and protecting Istrian politicians, their families, and visiting heads of state or government. Until 2012, the Secret Service was part of the National Security Institute, is called the Istrian Informational System (IIS).

The Secret Service is directed by the Parliament with two very important and critical national security missions: protecting the nation's leaders and protecting Istrian financial and critical infrastructure of politics and gouverment.

The Secret Service ensures the safety of the President, the Prime Minister, and also their immediate families and children under the age of 12, but also the former presidents and prime ministers. The Secret Service also provides physical security for the White Block Complex, the neighboring National Bank of the Republic of Istria, the Prime Ministers Residence (Casa Nova Palace), and all foreign diplomatic missions in Hamburg. As part of the Service's mission of preventing an incident before it occurs, the agency relies on meticulous preparing the operational detailing in every state travel and works with the intelligence Division of the White Block Presidential Administration.

The Secret Service's initial responsibility was to investigate the counterfeiting of Istrian currency. 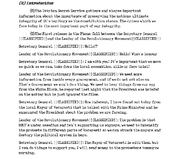 Part of the RISS Investigation File Unclassified in 2018

Arrest and indictment of Loyanovsky Nate, who was found guilty following a very important RISS investigation of bribery, wire fraud and identity theft charges. The RISS found out that Nate discussed at the phone with the President of the Telecomunications Company of Republic of Istria to not show his conversations, bribeing him. Then he communicated several times with different thefs that wore not identified, their name remaining COFIDENTIAL to buy credit card information that he obtained thru hacking the Istrian National Bank. He was convicted and sent to prison.

Operation "Retreaving Vacaresti": In 2017 there was a crises caused by a group of RMB Party mambers of Istria that tried to take over Vacaresti's Territory. The Istrian Secret Service, first made a classified investigation, finding that a Secretary General of the Vacaresti City Mayor was involved supporting the cause with money. This was found out thru a call between the Secretary General and the Leader of the Movement. 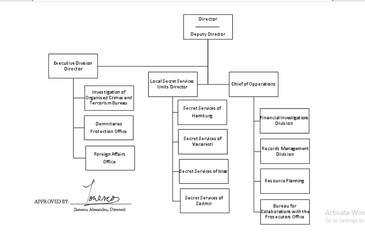 Ranks of the Secret Service