The Independent Province of Mancunia, commonly referred to as Mancunia, is a semi-independent state that has declared independence and is viewed by out side viewers as a micronation. It claims land in the Central-West of Great Britain, , the United Kingdom. It is governed as one by representatives from individual areas in a semi-dictatorship government with a lower and upper house. Although some areas are not under direct control from the government, these are called colonies.

The Province is named after its largest city, Mancunia, and not the capital city, the Den.

The city of Mancunia itself is named after the UK city of Manchester were the royal family are based.

Mancunia has claimed various amounts of it land in its history and at a maximum to most of Great Britain. The most modern borders were created by law on the 13 August 2014. The Nation used to claim vast swathes of land in England, The Isle of Man, Wales and Scotland but this was seen by the government as impossible to control so the territorial claim was reduced. In turn this allowed Mancunia to set up relations with micronations that existed in the formally claimed territories. Mancunia does though plan on expanding as its ability to control territory increases.

Mancunia also claims territory on the simulated planet of micras. The territory borders that of Vyktory and is part of a small island at the south of the planet. It is rich in game and forest but lacks most natural resources. The Governor rules it directly without either the High Cabinet or Duke. 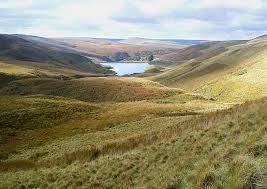 This is a photo of the most well known geographical features in Mancunia, the Pennine Mountain Range.

Mancunia's territory differs vastly between the north and south with the former being very urbanized but near the high Pennine Mountains while the later is more rural but lacks large relief.

The climate is temperate with mild summers and winters. It has 4 seasons following in a pattern of Spring, Summer, Autumn and Winter. There is a large amount of precipitation and the sky is often overcast. Temperatures range between -3 and 22 degrees celsius at the most extreme times of the year. There is minor flooding but a natural disaster has never been recorded or predicted. Wind speed is never high.

Mancunian culture is a branch British/Germanic culture, with slight influences from Roman culture.

Mancunia currently uses a newly reformed national flag that changed from the current imperial flag to the current one on the 2 September 2014 it uses a traditional tricolor style with Mancunia's national colours. The blue symbolises the hope for an independent future, the maroon the sacrifices that must be made and the black is meant to be a warning of how young nations can be corrupted and that we must stay true to the constitution.

The 1st National flag was conceived on the day the Kingdom of Mancunia and the Grand Duchy of the Den unified. It did not use a mesh of the 2 countries flags as originally proposed but an original flag was submitted by then Crown Prince of Mancunia Geoff I that consisted of the Union Jack to symbolise the countries history as part of the UK, with the countries New Name on top of it to symbolise the victory over UK elitism. Below that was the seal of the City of Manchester as it shows the deep rooted Manchester based culture with also doubled up as the countries coat of arms. Finally on the right hand side of the flag is a blue background with a white lightning bolt. To symbolise the national colour pattern of blue and white and showing the lightning bolt as a symbol of power. The Seal is the Mancunian Crest.

4 Major sports exist in the country with the official national sport being while Association Football is the most popular followed by Rugby Football and Hockey that are equally as popular. The Nation has few official sports association but development of some is high on both the High Cabinet and the Duke's plans. The national team is the club side Manchester City (like Monaco).

The national anthem is "O Mancunia and is sung to the tune of "O Canada" with the lyrics;

Our home and sacred land!

Pure noble love in all of us command.

The Proud North loud and free!

From near and far,

To keep our land victorious and free!

There is no main religion in Mancunia and the Governor is officially atheist but all religions are welcome and accepted.

The nation has many national holidays in annual order they are Kingdom Day on 4 February Biannually, Duke's Birthday Currently on 14 April Annually,National Day on 24 May annually, Duke's Day on 26 June Biannually, Flag Day on 1 August Annually and Governors Day on 7 October Annually. There are also bank holidays for New Years Day, Easter Day, May Day, The Summer Solstice, Halloween, Christmas and Boxing Day. These all occur annually. Other one off holidays may be put in place by the Government for special occasions. 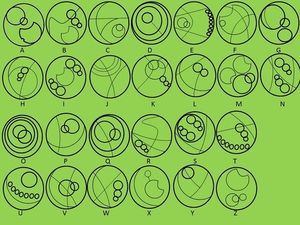 This is a translation of the Old High Gallifreyan alphabet to a Romanic one.

Due to the lack of knowledge of OHG a new conlang is being developed by the ministry of culture.

Mancunia passed a law on the 13 August 2014 allowing there to be official state sanctioned symbols. So far they are:

The Nation is Governed by any number of High Cabinet Members who vote on Legislature ,every Wednesday, that is proposed by the Governor and the Duke of the Den and is filled with men or women who are representatives of either cities, regions, outposts or the colonies that have been chosen by the Duke of the Den. Elections for representatives are done by those in a region out of any citizen every 2 years but everyone votes for a Governor every year but all candidates must be a High Cabinet member.

Elections may also be carried out if the person holding the office resigns, is declared unfit for duty or dies. He/She is declared unfit if he/she loses either the title of High Cabinet Member (if Governor),Representative (if High cabinet Member) or Citizen (Representative) , he/she is convicted of a felony in either Mancunia or the United Kingdom, is impeached by the Supreme Judge or the Duke of the Den impeaches him/her. All elections shall be carried out using the Alternative Vote System.

Laws are past to carry out the constitution and any edits made to it called decrees of the heavens. A law can be issued with a simple majority in the High Cabinet but all edits to the constitution require a super-majority.

There is a Independent Supreme Judge appointed by the Duke of the Den who interprates the constitution and will impeach the Governor if he does not follow it.

The nation has an alliance with the Archland Empire , Nolland and Flammencia. It has a recognition pact with Binaria. It has declared the Schamlamzzaar Empire a rogue state. Mancunia is currently at DWCALS level 2. The Nation Recognises all UN, NC, and GUM states as well as Molassia, Sealand, Free Town Christiania, Binaria, the Vatican City, Kosovo and Palestine.

The Government Finances are organized by its High Cabinet Member while money is printed by Mancunian National Bank which prints the Mancunian Platinic which is worth about 33p in GBP. The Pound is legal tender but the Platinic is more commonly used and comes in denominations of 5 cent, 10 cent, 20 cent, 50 cent, 1 Platinic, 2 Platinic, 5 Platinic, 10 Platinic, 50 Platinic, 100 Platinic, 200 Platinic, 500 Platinic, 1000 Platinic. Although most trading is done on line. The Monetary system is decimalized. The Economy is mainly based on firearms and textiles production. Making it very resource and export reliant.

Logo of the Grand Unified Micronational.

Mancunia is a member of UAMW. It has also received the title of full member from GUM and the Governor, High Cabinet and Duke of the den have all ratified the GUM charter so it was signed by the Governor on the 29 May 2014. The nation was also part of the OUES and MNTO and is currently holding membership of the Nollandish Confederacy.

Certain things ban you from becoming Duke/Duchess: 1. Being convicted of a felony in Mancunia or the United Kingdom. 2. Being an enemy of the state. 3. Being illegitimate.

The royal family has there own Imperial flag which is flown along side the national flag at any stte event with a royal family member present or if it sponsored/supported by the Duchy or Government.

The following medals and orders can be given to those in the reserves or standing army or given honourarily to those who have been seen fit to hold them by the Duke of the Den.

Order of the Canal: Given for contribution to safety or protecting others on or underneath bodies of water.

Order of the Birds: Given for contribution to safety or protecting others in the skies.

Order of the Guardian: Given for contribution to safety or protecting others in or under the ground.

Order of the Merchant: For contribution to Mancunian trade.

Order of the Competitor: For contribution to Mancunian sport.

Order of the Bunker: For contribution to protecting those in need.

Order of the Speaker: For contributing to Mancunian daily life or culture.

The Medal of Sacrifice: For losing ones life in the name of Mancunia or trying to save Mancunian life.

The Medal of the Rising Sun: For selflessly risking ones life for the need of others without any reward.

Those who the Duke sees has achieved great things may receive the title of Knight of the Grand Oak or Lord of the Den depending on the scale of their achievements. They shall be known as Sir if male and Dame if female or Lord if male and Lady if female.

The Mancunian penal code is enforced by the Government who arrest and investigate suspects using the security branch of the army.

All citizens have the right to free and fair trials and as such an independent judge chosen by the High Cabinet ,who cannot be fired unless there is a vote by the population to avoid corruption, decides the outcome of trials and the punishments if any for the convicted. All citizens are assigned a lawyer if they cannot afford one themselves.

If imprisonment is required the criminal is placed under house arrest for the duration of his sentence.

If violence is needed the person doing it most be a licenced member of the security branch of the army.