(2018-2019) Imperial America, or formally Imperium Americana, was an empire consisting of multiple states within the North American continent. The Imperium was founded on the 26 September 2018, through the Treaty of Charlington.

The Imperium was first conceived in the micronational union known as the Confederate Republic of the Americas (CRA). This union was formed by the Federal Republic of Wustria, the Sennish Empire, the Province of Marsh Cove, the Francian Republic, and the State of Gradonia. The first elected President of the CRA was Ryan Mathis of Wustria. The Confederation lasted from April 3 to June 5, 2018. The cause for the collapse was the fascist coup that occurred in Wustria on the First of June.

Rediscovery of the Confederacy

Two months after the dissolution of the Confederacy, Ryan Mathis of Wustria and William Wilson of Gradonia performed a live-streamed conversation over current events, whereupon the CRA was mentioned. Later, multiple nations contacted the leaders asking if they would remake the CRA. Both agreed and set to gathering member states. Most of the former nations within the CRA requested to join the reconstruction, excepting Marsh Cove and The Autonomous Province of Senland. Two nations who were not part of the first confederacy also asked to join, Kingdom of Domus Porcus and the Commonwealth Federation.

After the member nations had been gathered the Federal Republic of Wustria backed out of the recreation of the Confederacy due to the people being unwilling to give up sovereignty. Afterward there were some debates about the naming and structure of the Confederacy. One of which was the hesitance to keep the name "Confederate" due to the negative connotation from American culture. The hesitance was realized, and the name was changed to the Imperium of the Americas. The first official act was the Treaty of Charlington, which officially legalized the joining of the four nations. The next act was the creation of the Imperial Senate. Afterward, the heads of each state elected an Emperor. The agreed vote count was two for Francis McLaughlin of Francia, two for Jeremiah Smith of the Commonwealth Federation, and four for William Wilson of the State of Gradonia. Emperor William won the vote and was titled William Wilson I, Head of the House of Wilson, Defender of the Imperium.

Reign of William I

The first actions of the Emperor were to establish set times for Senatorial Meetings and to ratify the first articles of the Constitution. He also appointesd the Minister of Foreign Affairs (MoFA) and the Minister of Economics (MoE) and appointed himself as the Minister of Records (MoR). During this time the Imperial Codex was also created, which details all official decrees and directives made by the Emperor or his ministers. The first inclusions of he Codex are the Senatorial Procedure and the Community Garden Initiative.

The next actions of the Emperor were to acquire more states and territories into the Imperium. One of the nations wishing to join was the Sennish Empire. After joining as a state a local nation, the Republic of Bolson, claimed Sennish land as their own. The Emperor sent an official letter to the Bolsonese Government which is commonly referred to as the Armistice Ultimatum, as the date limit set for a reply was November the 11th.

The cause of the war was the aforementioned conflicting land claims between the Imperium and the Republic of Bolson. Three days after the Armistice Ultimatum was sent, the Imperium sent a delegate to meet with the President of Bolson. After the Ultimatum was delivered the delegate explained the extent of the terms. President Denver refused the terms, stating that they wished to hold New Bolson, a territory taken by the Sennish in a war before the Imperium, before accepting terms. The Imperial delegate left to confer with the Senate and Emperor. During that time a communique asking for support from the international community was received from Bolson which detailed that war was already declared. The following days were spent trying to figure out which nation was the aggressor. The Bolsonese claimed the Imperium due to the Ultimatum and the Imperium claimed Bolson as they sent the communication in the pretense the Bolsonese declared war. Eventually Bolson officially declared war. On November 10 the Imperial Senate unanimously accepted the declaration of war. The war would continue until December 27, at the signing of the Treaty of Bolsville. 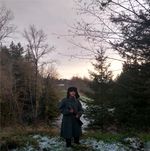 The only main action seen during the war was from Bolsonese and Sennish scouting parties. The first offense was on November 23 when a Bolsonese squad captured 12 sq. meters of Imperial territory. The Emperor then ordered a counterattack against the Bolsonese. On November 25 the Sennish troops pushed into Bolson an recaptured the lost territory and took the northern creek in Bolson. Shortly after the counterattack the Bolsonese government asked to sign a ceasefire. The Imperial government agreed and a ceasefire was signed on 2 December, 2018. Then on the 26th of that same month, the President of Bolson ordered his troops to break the ceasefire. The attack was called off when the Sennish delegate presented the Treaty of Bolsville to the Bolsonese government. 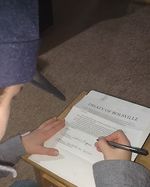 The treaty would be signed on December 27, officially ending the New Bolson War.

Emperor William abdicated the throne on 17 March 2019 and gave it to Nicholas of Senland. Emperor Nicholas I later dissolved the Imperium on 27 April 2019.

The Imperium today has rather neutral or nonexistent relations with almost all micronations. A few mutual recognition treaties exist, but by-in-large, the Imperium has very few international encounters. Most have moved past the Bolsono-Imperial War, though the Republic of Bolson is generally looked down upon.

A great falling-out between the Imperium and the Federation of Imperial States (then Great Oceania) occurred in February when Oceania revealed themselves to be in league with the enemy of a joint espionage operation; relations are relatively neutral now, but current foreign policy is still observation-only with the Federation.

There was a mutual defense treaty with the State of Gradonia.