On November 1, 2011 he was chosen during the ratification of the UF Constitution to become the 1st President of the United Federation of Thag. He was sworn into Executive Thection on that very day, and promises to proudly lead the Federation until time calls for him to step down, on November 1, 2015.

The four corners of Thag were all chosen and selected by each other on the very day of the country's birth, as each was no greater than another. As president, Mathis hopes to represent all that Thag stands for to the people of the Federation, the United States of America, and the world. 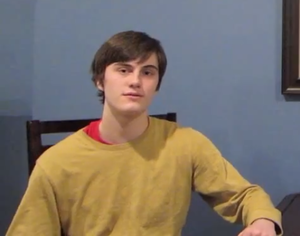 President Mathis at an election results press conference in 2012