Heimatia, officially the Heimatian Colonial Empire, was a North American micronation founded by Karl Frederick and Mark Terrace in the capital city of Stuhlburg near Dripping Springs, Texas. The Heimatian Colonial Empire has claimed itself a nation, but was not recognized (with the exception of micronational governments) by any national government nor by the United Nations.

The name 'Heimatia' originates from the German word 'Heimat", which means 'Homeland'.

The Republic of Heimatia was founded on 25 October 2018 together by Karl Frederick and Mark Terrace, who wanted to explore the concept of micronationalism and geopolitics. Heimatia was founded more as a joke nation, having its declaration of independence involving declaring independence from a mythical communist dinosaur nation known as Dinosauria.

The Republic of Heimatia was a one-party state, ruled by the Frederickist Party of Heimatia under President Karl Frederick, who served as the party's chairman.

The first Heimatian Colonial Empire existed until 30 June 2019 when Imperial President Karl Frederick stepped down from power, thus beginning an age known as the Age of Chaos.

The Heimatian Colonial Empire splintered into three separate countries that later became known as the Taltrian Imperial Federation, led by Karl Frederick, the Pickle Republic, led by Logan LaChance, and the People's Republic of Mcoolia, led by Mark Terrace.

Early on, the People's Republic of Mcoolia was invaded and conquered by the Taltrian Imperial Federation and the Pickle Republic in a short conflict that became known as the Mcoolian War, which lasted from 15 July - 19 July 2019. As a result of the conflict, the TIF and PR split the territory evenly among the two countries.

Due to tense relations and ideological differences, war broke out between the Taltrian Imperial Federation and the Pickle Republic, which resulted in the Pickle Republic emerging victorious on 3 October 2019, officially reuniting Heimatia into the United Republic of Heimatia, led by President Logan LaChance.

The short-lived United Republic of Heimatia existed from 3 October 2019 - 21 October 2019. In its early days, an attempted communist takeover was carried out, but was quickly subdued by the Heimatian military. Because of this, President Logan LaChance declared martial law and established a dictatorship that became known as the United Heimatian Empire.

On 23 December 2019, Karl Frederick along with several other Heimatians, who were fed up with the lack of professionalism in Heimatia, staged a coup d'état and overthrew the Heimatian Government. Together, they restored the Heimatian Colonial Empire and formed a new government.

On 3 August 2021, Supreme Chancellor Karl Frederick resigned the Chancellorship and handed power over the Vice Chancellor Mark Terrace, hence being inaugurated that day. 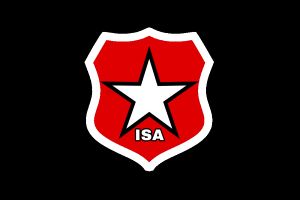 Heimatia's law enforcement and spy agency is known as the Imperial Security Agency (ISA). The ISA was founded in October of 2019 and has been maintaining law and order in the Heimatian Colonial Empire ever since.

The Heimatian Imperial Army consists of 2 branches, the HIA Ground Force and the HIA Air Force.

Heimatia has one state-run news agency known as The Heimatian Herald, to which they post monthly newsletters and run the official Heimatian YouTube Channel.