From MicroWiki, the micronational encyclopædia
(Redirected from Harram)
Jump to navigation Jump to search

Harram, officially the Sultanate of Harram (Portuguese: Sultanato de Harram; Arabic: سلطنة حران, Saltanat Hram) is a developed micronational city-state in South America of Moorish origin consisting of a half kilometer-long villa surrounded by the Brazilian city of Niterói. It is an absolute monarchy ruled by the successive Sultans with iron fist, nonetheless the country enjoys of progressiveness such as civil liberties, with a registered population of under 20 citizens. Being a city-state, the country's financial and administrative center is concentrated in the old part of the city, called Old City. Harram is currently the only active Sultanate in the Americas as well as the continent's only Arabic-speaking country.

The country's foundation dates back to 2009, when Elias Harram, assuming the name of Hassan I, proclaimed his family's villa of Maronite Christians of Lebanese origin as a sovereign country independent from the surrounding Federative Republic of Brazil. The specific territory on which Harram was founded was firstly settled by the Portuguese in the late 18th century. As Brazil became independent from Portugal, it was inhabited by Brazilians and subsequently it became a settlement for the Arab Harram Family since they immigrated from Lebanon in the early 1930s fleeing the chaos established with the French mandate and the fall of the Ottoman Empire. The Harram Family reformed the villa as they acquired its property and created a tiny community of Maronite cult which evolved into an independent state inspired by a mix between the Portuguese and Arabic cultures, specially the Moorish culture of the Arabs and Berbers present in the Iberian Peninsula during the vigency of the Al-Andalus.

As Harram fell into decay by 2017 to complete inactivity by 2020, a coup d'état brought the nation back to life deposing the Harram Family. Harram was resurrected retaining its historical status as a South American micronational small power, a status shared within the Brazilian sector, but lost its historical status as a middle power within the State of Rio de Janeiro's micronational cluster. The country is subsequently categorized as a smaller power in global intermicronational affairs. Being one of the founders of the former Liberal League,[1] an international alliance that brought together nations with liberal policies, Harram was plans to join the Conference of Santiago, following invitation, as a mean to cement its revived micronational actions and regain its former prestige.

The name Harram in Turkish derivate from the name of one of the brothers of the biblical patriarch mentioned in the Book of Genesis, but who would have died young when his father, Terah, was still in Ur of the Chaldees. The micronation was named after the surname of the founder, Elias Harram, regarding the similarity with the city of Harran[2], place of origin of the founders, on the Turkish border with Syria. The name was also easy to speak by the Portuguese-speaking population and then, an absolutist sultanate in the Ottoman molds was created.

The territory claimed and administrated by the Government of Harram had been theorically inhabited by indigenous peoples, of which the most known are the Tupinambás, for 11.000 years, although there have been reportedly no settlement in the precise modern Harranian lands. In turn, following the Portuguese discovering Brazil in the late 15th century, that region was subsequently settled with the creation of the municipality of Niterói within what was then the State of Brazil, a part of the Portuguese Empire. Later, in 1822, the Kingdom of Brazil secceeded from the United Kingdom of Portugal, Brazil and Algarves and became the independent Empire of Brazil and Niterói was made capital of the province of Rio de Janeiro, a status which would keep until 1975 already during the republican era.

Nonetheless, with the Brazilian independence ans its growth, millions of immigrants settled in Brazil, including many Maronite Christians from Lebanon and Syria, leving the unstable and Muslim-dominated Ottoman Empire at the invitation of Emperor Pedro II of Brazil since at least 1875. With the fall of the Ottoman Empire following World War I and the crisis ensued by this, with the establishment of the French Mandate in Lebanon and Kingdom of Syria, many Syrian and Lebanese Arabs chose to leave their countries and immigrated to Brazil, as the previous wave of immigrants had been mostly successful. Among this new immigrants it was Nakhoul Harram, the forefather of the Harram Family in Brazil, who settled in a Portuguese villa in Niterói in 1925. Eventualy his son, Adib Harram, acquired that villa in the 1950s and reformed it into an eccletic style mixing Portuguese and Arabic features, and villa became exclusive for members of the Harram family to live in a close community ans was called "Villa Harram" after the family's name.

Finally, in 2009, Elias Harram, Nakhoul's great-grandson, proclaimed the Sultanate of Harram as a virtual state on the NationStates roleplay platform, creating an identity for the virtual nation and assuming himself the name of Hassan I. The first years of Harram were contradictory as Hassan and his successors created an uchronic history for the country, claiming to be somewhat a successor state to the Ottoman sultante and heavily inspired by the Mozarabic and Mourish cultures, fruit of the Arab dominance over what would become Portugal for half of the Middle Ages. Either way, Harram was mostly successful in establishing itself with micronational activity out of the NationStates platform, gathering active micronational personel and enaging into relations with other micronations born from the NationStates. The pinnacle of this was the creation of the Liberal League, an intermicronational organization aiming to bring together micronations of liberal tendencies which were, by 2014 and 2015, moving away from the NationState into actual seccessionist micronationalism.

During this period, in 2015 Sultan Hassan II, who had succeeded Omar I (Hassan I's successor), aimed to continue their work, to further cement Harram's true micronationalism and end its ties with the NationStates (from where it was moving away since 2013), abolished the country's uchronic history and proclaimed the Villa Harram's sovereignity and effective independence from Brazil. Although his actions were praised, he was quickly deposed in a family conflict and the country was engulfed in a civil war, having being ruled by a series of three weak sultans (Omar II, Omar III and Omar IV), of which Omar III stands out as the most successful of them, modernizing the country with the creation of several departments. The conflict finally came to an end that same year with the ascension of Vinícius Harram as Sultan Omar V in 2016. Due to his charisma and inteligence, he was the preferred choice by Harram's allies to sat on the throne. Assuming this new position, he was able to bring the country stability, expanding the campaign of citizenship, creating a registry of citizens and keeping the country's social spaces active. During his reign, Harram also established relations with micronations other than its former NationState allies and intervened in foreign policy such as during the Ebenthali Civil War.

Entering 2017, interest on micronationalism by the part of most Harranians, including the Sultan, begin to fade. Historians of the Harranian history atribute this mostly to the exodus of very active and charismatic citizens following the Harranian civil war, such as the sultans which succeeded on the throne. Micronational activity resumed on decrees issued by the Sultan and his granting of honours upon foreign officials and royalty, and stayed this way until 2019, when Harran celebrated ten years of existence with a party on which former citizens, including former Sultans Hassan I and II participated. By 2020 the sultanate was void of activity. Even being asked by some of its former allies which stood on micronationalism to resume his activities and offered support, Omar V rejected the possibility. He declared the state didn't ceased to exist and was still sultan, but had no prevision to form a government.

In 02 June 2021, a coup d'état was staged by Karnia-Ruthenia and Ebenthal aiming to revive the micronation as part of the Conference of Santiago Derivative Program. Sultan Omar V was formally deposed and, following an agreement with him, Prince João Mauro of Ebenthal was proclaimed Sultan of Harram and adopted the name of Hassan III, after the country's first two sultans who consolidate the sultanate. This put and end in the 12-years rule of the House of Harram over the country which carried its name. As Harram organized its new government, the country was expected to join the Conference of Santiago, what happened after the comrpomises settled by the signature of the Memorandum of Paradiestal.

On 08 August 2021, after the lack of activity, Hassan III of Harram was deposed, being enthroned the Brazilian-born micronationalist and former Emir of Takia, Filip Al Fradiq, as Hassan IV of Harram, who kept the compromises of his antecessor and acted firmly on the progress of Harram.

Harranian lands are located on the far western part of South America's Atlantic coast, at the Mantiqueira and Mar mountain range, enclaved in the city of Rio de Janeiro, close to the Tropic of Capricorn, where the shoreline is oriented east–west, and share land borders with Brazil, near Ebenthal and Luna. Its small size, relief, climate, and natural resources make Harram geographically simple, with Atlantic forests and a Subtropical climate. Harram have only one time zone, the UTC−3, and the summer time zone UTC−2.

Harram has a tropical savanna climate (Aw) that closely borders a tropical monsoon climate (Am) according to the Köppen climate classification, and is often characterized by long periods of heavy rain between December and March.[3] The sultanate experiences hot, humid summers, and warm, sunny winters. Temperatures above 40 °C (104 °F) are common during the summer, though rarely for long periods, while maximum temperatures above 27 °C (81 °F) can occur on a monthly basis.

Harram is officialy an unitary state under an absolute monarchy. After the reforms brought by the Harranian Revolution of 2021, the state organisation of Harram was centralized in the person of the Sultan, who have control over the country's administrative affairs, as much as over the clergy, as an autocrat, although according to Harranian code of law's understanding, the state's primary responsibility is to defend and extend the land of the Arabs and to ensure security and harmony within its borders in the overarching context of orthodox Islamic practice and dynastic sovereignty.

Harram is organised around a system of jurisprudence. Legal administration in the sultanate is part of a larger scheme of balancing court and executive authority of the Sultan, to permit the integration of culturally and religiously different groups. 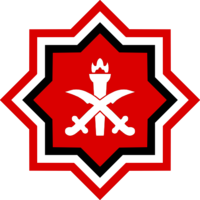 Having the armed forces only for cerimonial purposes, it is totally modelled after the military of the Ottoman Empire of the late 19th century. Composed by an Army, a Navy and an Aviation Squadron, these forces are engaged in the foreign defense of the sultanate, while the domestic defense unit is the Harranian Gendarmerie.