From MicroWiki, the micronational encyclopædia
(Redirected from Gumland)
Jump to navigation Jump to search

The Principality of Gumland, more commonly known as Gumland, is a micronation founded in Spanish territory, on 2 July 2019, by H.M. Prince Álvaro I of Gumland, who is the current Head of State of the principality.

The current President of Gumland is Álvaro Muñoz, belonging to the Gumlandish Nationalist Party or GNP. The form of government in Gumland is a Parliamentary Monarchy, in which Parliament and the Head of State share power equally, the government cabinet is made up of 11 ministers. Gumland currently has more than 25 citizens. In early 2020 we introduced the official currency of micronation, the Gumlandish Dollar, in Gumland there is no official religion, therefore all religions can be practiced without any sanction. The most spoken languages ​​in the micronation are, Spanish, English and Gumlandish, we also have a national sport which is practiced by the vast majority of citizens, this sport is Parcheesi. In the Principality of Gumland we have a wide territory of more than 2.50km², where you can appreciate the typical flora of the area.

Gumland is composed of two words: "Gum" which are the first three letters of the surname of the Royal Family and "land" (territory) which together signify territory of Gumiel (surname of the prince of the Principality of Gumland).

The Gumland idea first started with the Federal Republic of Gumland, or FRG, in 2018. President Gumiel came up with the idea for his own micronation, and in October 2018, the FRG started. There is some animosity regarding the actual date of the foundation, with dates ranging from 25 October 2018 to 28 October 2018, however, the date is generally accepted as 25 October. During this early period, the FRG began a rapid demographic expansion. There were many candidates for the presidency, several of whom have consented to become ministers within the FRG. During 2018 and 2019, a period of inactivity ("downtime") was noted between the end of 2018 and the middle of 2019.

The gap that formed after the end of the Federal Republic of Gumland was quickly filled when on 2 July 2019, the Principality of Gumland was officially founded by Prince Alvaro I of Gumland. The Gumland government quickly entered the Twitter community, which welcomed the new arrival. It was at this time that numerous diplomatic relations were formed.

Currently, the Principality of Gumland is a peaceful micronation, which does not recognize the expression micronational warfare, it also has a stable population of more than 7 inhabitants and another 20 who do not live in New Gumland, the capital of the principality. 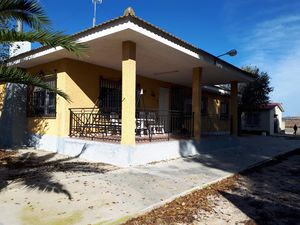 This is the Royal Palace, in the territory of New Gumland, the capital of the micronation.

The Principality of Gumland is located in the eastern provinces of Spain. The capital New Gumland has a Mediterranean climate. This provides the country with mild, wet winters and hot, dry summers, however temperatures are known to fluctuate: in July and August, the peak of summer, temperatures often exceed 30 ° C, while during the winter As of 18 January 2017, temperatures fell below -7 ° C for the first time, witnessed by the formation of ice and snow at the Casa Real.

The Principality of Gumland has a highly capitalist-based economy with numerous private companies within the country, Gumi Oils & Llorente's Coffee. Much of Gumland's wealth comes from a mixture of natural resources (especially olives & wood).

The Principality of Gumland has a newspaper, the Gumland Times (although this is published online), this virtual newspaper was created on December 5, 2019. Television services began on February 24, 2020 with the inaugural broadcast of GUMLAND TV , the only Gumland television channel, fully owned by the Ministry of Communications.