Following the overthrowing of the Li Administration, the Grand Kingdom of Emeralkia has merged back into Gapla as a state. For the current country, see Federated States of Gapla.

The Grand Kingdom of Emeralkia, more commonly known as Emeralkia, was a micronation that used to be a State of the Federated States of Gapla but has declared independence and is claiming to be its legitimate government. It has eleven provinces and was formed when the Baek Administration was overturned by the Li Administration in Gapla, which prompted Her Majesty, the Queen Emma Bunnell and the Head of Nation Wyatt Seungri Baek (President of Gapla also) to create an independent Emeralkia. Although the Li Administration lost power, Wyatt Seungri Baek still participates due to the fact that Gapla needs reform.

Emeralkia was coined up by Wyatt Seungri Baek, Emma Bunnell, and Tessa Huffmire when it was a State of Gapla. It was created by combining "Alkia," a common national suffix, with "Emer," standing for Emerald.

Emeralkia runs on a basis where the Queen has limited political power. If a law is suggested, that law goes to the Head of Nation and Queen to review. Whatever they can agree on happens on the law. If they do not agree, the Members of Parliament vote on the law. If the Parliament is tied, then the Head of Nation will choose what happens to the law.

Emeralkia operates under an anti-political party system, where everyone is united as an Emeralkian Citizen.

Emeralkia does not yet have any foreign relations, although they are open. Contacting emeralkia@protonmail.com through email will help them reach the Office of Foreign Affairs.

The Military of Emeralkia is currently led by the Head of Nation. The different branches are below:

Emeralkia has the same climate as Gapla, as it claims the same land.

Please note that is service is provided by weather.com, which is not related to Gapla. The reason Gapla uses weather.com is because Gapla has no central weather authority. It did at one point, but it relied on the data of weather.com and was dissolved. The site, http://weather.gaplagov.org, now redirects to the main Gapla website. 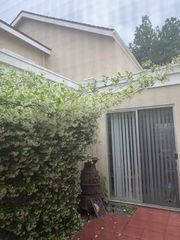 Image of the National Garden of Emeralkia

Emeralkia has little economy because it has just started. Its currency is the Emeralkian Dollar.

Emeralkia's languages are Latin and English, although Latin is largely ceremonial and is only used in mottos, Coats of Arms, etc. A YouTube channel is starting to be made by the Ministry of the Interior, as well as possibly some Social Media channels.