The term Head of Executive is a direct indication of the position of the incumbent. It is similar to the position of Head of Legislative, and is unique to the Usian government. According to research conducted June 2015, the peculiar title originates from a diagram marking an untitled person as the "Head of the executive branch".

The position of Head of Executive developed mostly before the secession of the Usian Republic on 13 July 2014.[2] It was formerly referred to as Head of the Executive, but was then shortened for convenience. There have been many attempts to change the term to President, due to the shorter title for a person performing virtually the same functions.

The current Head of Executive is the micronationalist Gabriel N. Pelger. As the founder of the Usian Republic, he instated himself as first Head of Executive.
Pelger has put forth the only draft so far of a possible constitution for Usi.
He has been an active Usian citizen in terms of culture, government, ecology, economy, legislation and foreign relations. He is the representative of the Usian Republic in the Quorum of the Grand Unified Micronational and the General Assembly of the Nollandish Confederacy. 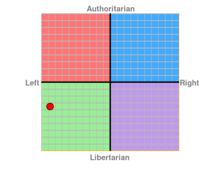 The Head of Executive is directly elected, and serves until abdication or removal by the biannual Executive Referendum. The Head of Executive may be impeached by the Supreme Court making a legal case against the incumbent and the House of People's Representatives voting for impeachment (2/3 majority).