The Duchy of Aeolia's name comes from the fact that it is a duchy and as a reference to the musical term, Aeolian mode. Duke Grant was studying musical theory when the question of naming the duchy came up, leading to the name Aeolia.

The Duchy of Aeolia was founded following a dispute over the Duchy of Propinquity encouraging citizens from the Duchy of Clay to switch citizenship, most notably of which being Grant Bruns. This dispute, which began on 9 November 2020, was solved when Grant founded the Duchy of Aeolia on 10 November. While there was hesitance to create a duchy west of the Maumee River, the duchy was created without much delay. 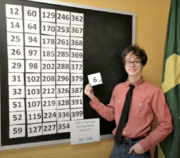 The Duchy of Aeolia is an absolute monarchy under its monarch Duke Grant Bruns. It is a member state of the Kingdom of Northwood-Oregon and had no independent international relations. It is believed that minor diplomatic relations occurred between Aeolia and the Duchy of Propinquity before the dissolution of Propinquity.

Aeolia had frequently claimed legislative power over the Kingdom, justifying this due to the fact that the Canon Governing Document of the Kingdom had not yet been passed. Duke Grant had been reported to frequently ask, "Is that law?"